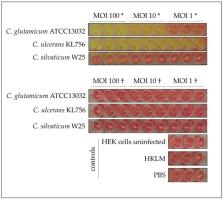 Kenya Honda,  Tadatsugu Taniguchi (2006)
The interferon-regulatory factor (IRF) family of transcription factors was initially found to be involved in the induction of genes that encode type I interferons. IRFs have now been shown to have functionally diverse roles in the regulation of the immune system. Recently, the crucial involvement of IRFs in innate and adaptive immune responses has been gaining much attention, particularly with the discovery of their role in immunoregulation by Toll-like receptors and other pattern-recognition receptors.

Jurg Tschopp,  Michael Karin,  Etienne Meylan (2006)
The innate immune system relies on its capacity to rapidly detect invading pathogenic microbes as foreign and eliminate them. Indeed, Toll-like receptors are a class of membrane receptors that sense extracellular microbes and trigger anti-pathogen signalling cascades. Recently, intracellular microbial sensors have also been identified, including NOD-like receptors and the helicase-domain-containing antiviral proteins RIG-I and MDA5. Some of these cytoplasmic molecules sense microbial, as well as non-microbial, danger signals, but the mechanisms of recognition used by these sensors remain poorly understood. Nonetheless, it is apparent that these proteins are likely to have critical roles in health and disease.

Shizuo Akira,  Hiroaki Hemmi (2003)
Toll-like receptors (TLRs) are type I transmembrane proteins involved in innate immunity by recognizing microbial conserved structures. Recent studies have shown that TLR3 recognizes dsRNA, a viral product, whereas TLR9 recognizes unmethylated CpG motifs frequently found in the genome of bacteria and viruses, but not vertebrates. TLR7 recognizes small synthetic immune modifiers including imiquimod, R-848, loxoribine, and bropirimine, all of which are already applied or promising for clinical use against viral infections and cancers. Plasmacytoid dendritic cells express TLR7 and TLR9, and respond to TLR7 and TLR9 ligands by producing a large amount of interferon (IFN-alpha). These results indicate that TLR3, TLR7 and TLR9 may play an important role in detecting and combating viral infections.