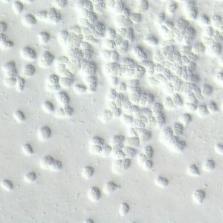 Free-living amoebae of the genus Acanthamoeba are causal agents of a severe sight-threatening infection of the cornea known as Acanthamoeba keratitis. Moreover, the number of reported cases worldwide is increasing year after year, mostly in contact lens wearers, although cases have also been reported in non-contact lens wearers. Interestingly, Acanthamoeba keratitis has remained significant, despite our advances in antimicrobial chemotherapy and supportive care. In part, this is due to an incomplete understanding of the pathogenesis and pathophysiology of the disease, diagnostic delays and problems associated with chemotherapeutic interventions. In view of the devastating nature of this disease, here we present our current understanding of Acanthamoeba keratitis and molecular mechanisms associated with the disease, as well as virulence traits of Acanthamoeba that may be potential targets for improved diagnosis, therapeutic interventions and/or for the development of preventative measures. Novel molecular approaches such as proteomics, RNAi and a consensus in the diagnostic approaches for a suspected case of Acanthamoeba keratitis are proposed and reviewed based on data which have been compiled after years of working on this amoebic organism using many different techniques and listening to many experts in this field at conferences, workshops and international meetings. Altogether, this review may serve as the milestone for developing an effective solution for the prevention, control and treatment of Acanthamoeba infections.

Structures and mechanisms of glycosyl hydrolases.

Natasha E. C. G. Davies,  B Henrissat (1995)
The wealth of information provided by the recent structure determinations of many different glycosyl hydrolases shows that the substrate specificity and the mode of action of these enzymes are governed by exquisite details of their three-dimensional structures rather than by their global fold.

Use of subgenic 18S ribosomal DNA PCR and sequencing for genus and genotype identification of acanthamoebae from humans with keratitis and from sewage sludge.

Michael J. M. Hay,  Susan J. Schroeder,  I Niszl … (2001)
This study identified subgenic PCR amplimers from 18S rDNA that were (i) highly specific for the genus Acanthamoeba, (ii) obtainable from all known genotypes, and (iii) useful for identification of individual genotypes. A 423- to 551-bp Acanthamoeba-specific amplimer ASA.S1 obtained with primers JDP1 and JDP2 was the most reliable for purposes i and ii. A variable region within this amplimer also identified genotype clusters, but purpose iii was best achieved with sequencing of the genotype-specific amplimer GTSA.B1. Because this amplimer could be obtained from any eukaryote, axenic Acanthamoeba cultures were required for its study. GTSA.B1, produced with primers CRN5 and 1137, extended between reference bp 1 and 1475. Genotypic identification relied on three segments: bp 178 to 355, 705 to 926, and 1175 to 1379. ASA.S1 was obtained from single amoeba, from cultures of all known 18S rDNA genotypes, and from corneal scrapings of Scottish patients with suspected Acanthamoeba keratitis (AK). The AK PCR findings were consistent with culture results for 11 of 15 culture-positive specimens and detected Acanthamoeba in one of nine culture-negative specimens. ASA.S1 sequences were examined for 6 of the 11 culture-positive isolates and were most closely associated with genotypic cluster T3-T4-T11. A similar distance analysis using GTSA.B1 sequences identified nine South African AK-associated isolates as genotype T4 and three isolates from sewage sludge as genotype T5. Our results demonstrate the usefulness of 18S ribosomal DNA PCR amplimers ASA.S1 and GTSA.B1 for Acanthamoeba-specific detection and reliable genotyping, respectively, and provide further evidence that T4 is the predominant genotype in AK.

Conserved catalytic machinery and the prediction of a common fold for several families of glycosyl hydrolases.

B Henrissat,  Natasha E. C. G. Davies,  I Callebaut … (1995)
The regions surrounding the catalytic amino acids previously identified in a few "retaining" O-glycosyl hydrolases (EC 3.2.1) have been analyzed by hydrophobic cluster analysis and have been used to define sequence motifs. These motifs have been found in more than 150 glycosyl hydrolase sequences representing at least eight established protein families that act on a large variety of substrates. This allows the localization and the precise role of the catalytic residues (nucleophile and acid catalyst) to be predicted for each of these enzymes, including several lysosomal glycosidases. An identical arrangement of the catalytic nucleophile was also found for S-glycosyl hydrolases (myrosinases; EC 3.2.3.1) for which the acid catalyst is lacking. A (beta/alpha)8 barrel structure has been reported for two of the eight families of proteins that have been grouped. It is suggested that the six other families also share this fold at their catalytic domain. These enzymes illustrate how evolutionary events led to a wide diversification of substrate specificity with a similar disposition of identical catalytic residues onto the same ancestral (beta/alpha)8 barrel structure.

All authors contributed equally to this manuscript.