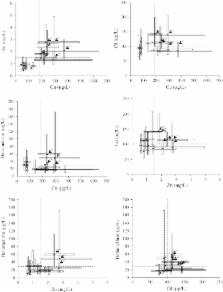 Microevolution due to pollution can occur mainly through genetic drift bottlenecks, especially of small sized populations facing intense lethal pulses of contaminants, through mutations, increasing allelic diversity, and through natural selection, with the disappearance of the most sensitive genotypes. This loss of genotypes can lead to serious effects if coupled to specific hypothetical scenarios. These may be categorized as leading, first, to the loss of alleles—the recessive tolerance inheritance hypothesis. Second, leading to a reduction of the population growth rate—the mutational load and fitness costs hypotheses. Third, leading to an increased susceptibility of further genetic erosion both at future inputs of the same contaminant—differential physiological recovery, endpoints (dis)association, and differential phenotypic plasticity hypotheses—and at sequential or simultaneous inputs of other contaminants—the multiple stressors differential tolerance hypothesis. Species in narrowly fluctuating environments (tropics and deep sea) may have a particularly high susceptibility to genetic erosion—the Plus ça change ( plus c’est la meme chose) hypothesis. A discussion on the consequences of these hypotheses is what this essay aimed at.

Ary Hoffmann,  Yvonne Willi (2008)
Changes in environmental conditions can rapidly shift allele frequencies in populations of species with relatively short generation times. Frequency shifts might be detectable in neutral genetic markers when stressful conditions cause a population decline. However, frequency shifts that are diagnostic of specific conditions depend on isolating sets of genes that are involved in adaptive responses. Shifts at candidate loci underlying adaptive responses and DNA regions that control their expression have now been linked to evolutionary responses to pollution, global warming and other changes. Conversely, adaptive constraints, particularly in physiological traits, are recognized through DNA decay in candidate genes. These approaches help researchers and conservation managers understand the power and constraints of evolution.

Rapid, local adaptation of zooplankton behavior to changes in predation pressure in the absence of neutral genetic changes.

M. J. Colbourne,  L Brendonck,  D Verschuren … (2001)
Organisms producing resting stages provide unique opportunities for reconstructing the genetic history of natural populations. Diapausing seeds and eggs often are preserved in large numbers, representing entire populations captured in an evolutionary inert state for decades and even centuries. Starting from a natural resting egg bank of the waterflea Daphnia, we compare the evolutionary rates of change in an adaptive quantitative trait with those in selectively neutral DNA markers, thus effectively testing whether the observed genetic changes in the quantitative trait are driven by natural selection. The population studied experienced variable and well documented levels of fish predation over the past 30 years and shows correlated genetic changes in phototactic behavior, a predator-avoidance trait that is related to diel vertical migration. The changes mainly involve an increased plasticity response upon exposure to predator kairomone, the direction of the changes being in agreement with the hypothesis of adaptive evolution. Genetic differentiation through time was an order of magnitude higher for the studied behavioral trait than for neutral markers (DNA microsatellites), providing strong evidence that natural selection was the driving force behind the observed, rapid, evolutionary changes.

Noël J M Cano,  R O'Hara,  Jaakko Leinonen … (2008)
Comparative studies of quantitative genetic and neutral marker differentiation have provided means for assessing the relative roles of natural selection and random genetic drift in explaining among-population divergence. This information can be useful for our fundamental understanding of population differentiation, as well as for identifying management units in conservation biology. Here, we provide comprehensive review and meta-analysis of the empirical studies that have compared quantitative genetic (Q(ST)) and neutral marker (F(ST)) differentiation among natural populations. Our analyses confirm the conclusion from previous reviews - based on ca. 100% more data - that the Q(ST) values are on average higher than F(ST) values [mean difference 0.12 (SD 0.27)] suggesting a predominant role for natural selection as a cause of differentiation in quantitative traits. However, although the influence of trait (life history, morphological and behavioural) and marker type (e.g. microsatellites and allozymes) on the variance of the difference between Q(ST) and F(ST) is small, there is much heterogeneity in the data attributable to variation between specific studies and traits. The latter is understandable as there is no reason to expect that natural selection would be acting in similar fashion on all populations and traits (except for fitness itself). We also found evidence to suggest that Q(ST) and F(ST) values across studies are positively correlated, but the significance of this finding remains unclear. We discuss these results in the context of utility of the Q(ST)-F(ST) comparisons as a tool for inferring natural selection, as well as associated methodological and interpretational problems involved with individual and meta-analytic studies.