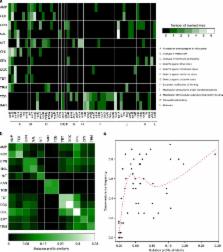 Understanding how evolution of antimicrobial resistance increases resistance to other drugs is a challenge of profound importance. By combining experimental evolution and genome sequencing of 63 laboratory-evolved lines, we charted a map of cross-resistance interactions between antibiotics in Escherichia coli, and explored the driving evolutionary principles. Here, we show that (1) convergent molecular evolution is prevalent across antibiotic treatments, (2) resistance conferring mutations simultaneously enhance sensitivity to many other drugs and (3) 27% of the accumulated mutations generate proteins with compromised activities, suggesting that antibiotic adaptation can partly be achieved without gain of novel function. By using knowledge on antibiotic properties, we examined the determinants of cross-resistance and identified chemogenomic profile similarity between antibiotics as the strongest predictor. In contrast, cross-resistance between two antibiotics is independent of whether they show synergistic effects in combination. These results have important implications on the development of novel antimicrobial strategies. 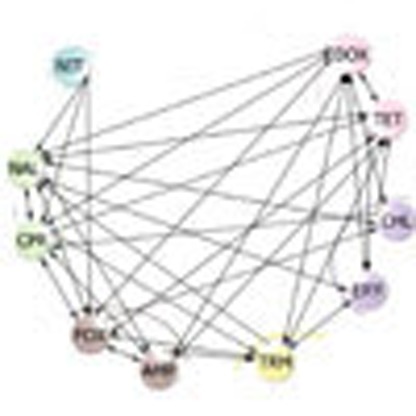 Understanding how evolution of antimicrobial resistance increases resistance to other drugs is of key importance. Here, Lazar et al. build a map of cross-resistance interactions between antibiotics in Escherichia coli and show that chemical and genomic similarities are good predictors of bacterial cross-resistance.

Marie Yan,  Gianfranco De Stefano,  Alison Baylay … (2013)
The field of antibiotic drug discovery and the monitoring of new antibiotic resistance elements have yet to fully exploit the power of the genome revolution. Despite the fact that the first genomes sequenced of free living organisms were those of bacteria, there have been few specialized bioinformatic tools developed to mine the growing amount of genomic data associated with pathogens. In particular, there are few tools to study the genetics and genomics of antibiotic resistance and how it impacts bacterial populations, ecology, and the clinic. We have initiated development of such tools in the form of the Comprehensive Antibiotic Research Database (CARD; http://arpcard.mcmaster.ca). The CARD integrates disparate molecular and sequence data, provides a unique organizing principle in the form of the Antibiotic Resistance Ontology (ARO), and can quickly identify putative antibiotic resistance genes in new unannotated genome sequences. This unique platform provides an informatic tool that bridges antibiotic resistance concerns in health care, agriculture, and the environment.

Haifang Wang,  Daniel R Church,  Farren J. Isaacs … (2009)
The breadth of genomic diversity found among organisms in nature allows populations to adapt to diverse environments. However, genomic diversity is difficult to generate in the laboratory and new phenotypes do not easily arise on practical timescales. Although in vitro and directed evolution methods have created genetic variants with usefully altered phenotypes, these methods are limited to laborious and serial manipulation of single genes and are not used for parallel and continuous directed evolution of gene networks or genomes. Here, we describe multiplex automated genome engineering (MAGE) for large-scale programming and evolution of cells. MAGE simultaneously targets many locations on the chromosome for modification in a single cell or across a population of cells, thus producing combinatorial genomic diversity. Because the process is cyclical and scalable, we constructed prototype devices that automate the MAGE technology to facilitate rapid and continuous generation of a diverse set of genetic changes (mismatches, insertions, deletions). We applied MAGE to optimize the 1-deoxy-D-xylulose-5-phosphate (DXP) biosynthesis pathway in Escherichia coli to overproduce the industrially important isoprenoid lycopene. Twenty-four genetic components in the DXP pathway were modified simultaneously using a complex pool of synthetic DNA, creating over 4.3 billion combinatorial genomic variants per day. We isolated variants with more than fivefold increase in lycopene production within 3 days, a significant improvement over existing metabolic engineering techniques. Our multiplex approach embraces engineering in the context of evolution by expediting the design and evolution of organisms with new and improved properties.

Christoph Steinbeck,  Yongquan Han,  Stefan Kuhn … (2003)
The Chemistry Development Kit (CDK) is a freely available open-source Java library for Structural Chemo-and Bioinformatics. Its architecture and capabilities as well as the development as an open-source project by a team of international collaborators from academic and industrial institutions is described. The CDK provides methods for many common tasks in molecular informatics, including 2D and 3D rendering of chemical structures, I/O routines, SMILES parsing and generation, ring searches, isomorphism checking, structure diagram generation, etc. Application scenarios as well as access information for interested users and potential contributors are given.