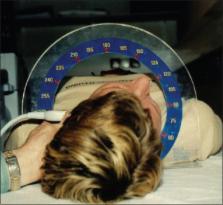 P.-J. Touboul, M.G. Hennerici, S Meairs … (2012)
Intima-media thickness (IMT) provides a surrogate end point of cardiovascular outcomes in clinical trials evaluating the efficacy of cardiovascular risk factor modification. Carotid artery plaque further adds to the cardiovascular risk assessment. It is defined as a focal structure that encroaches into the arterial lumen of at least 0.5 mm or 50% of the surrounding IMT value or demonstrates a thickness >1.5 mm as measured from the media-adventitia interface to the intima-lumen interface. The scientific basis for use of IMT in clinical trials and practice includes ultrasound physics, technical and disease-related principles as well as best practice on the performance, interpretation and documentation of study results. Comparison of IMT results obtained from epidemiological and interventional studies around the world relies on harmonization on approaches to carotid image acquisition and analysis. This updated consensus document delineates further criteria to distinguish early atherosclerotic plaque formation from thickening of IMT. Standardized methods will foster homogenous data collection and analysis, improve the power of randomized clinical trials incorporating IMT and plaque measurements and facilitate the merging of large databases for meta-analyses. IMT results are applied to individual patients as an integrated assessment of cardiovascular risk factors. However, this document recommends against serial monitoring in individual patients.

L E Chambless, G Heiss, A Folsom … (1997)
Few studies have determined whether greater carotid artery intima-media thickness (IMT) in asymptomatic individuals is associated prospectively with increased risk of coronary heart disease (CHD). In the Atherosclerosis Risk in Communities Study, carotid IMT, an index of generalized atherosclerosis, was defined as the mean of IMT measurements at six sites of the carotid arteries using B-mode ultrasound. The authors assessed its relation to CHD incidence over 4-7 years of follow-up (1987-1993) in four US communities (Forsyth County, North Carolina; Jackson, Mississippi; Minneapolis, Minnesota; and Washington County, Maryland) from samples of 7,289 women and 5,552 men aged 45-64 years who were free of clinical CHD at baseline. There were 96 incident events for women and 194 for men. In sex-specific Cox proportional hazards models adjusted only for age, race, and center, the hazard rate ratio comparing extreme mean IMT (> or = 1 mm) to not extreme (< 1 mm) was 5.07 for women (95% confidence interval 3.08-8.36) and 1.85 for men (95% confidence interval 1.28-2.69). The relation was graded (monotonic), and models with cubic splines indicated significant nonlinearity. The strength of the association was reduced by including major CHD risk factors, but remained elevated at higher IMT. Up to 1 mm mean IMT, women had lower adjusted annual event rates than did men, but above 1 mm their event rate was closer to that of men. Thus, mean carotid IMT is a noninvasive predictor of future CHD incidence.

Intimal plus medial thickness of the arterial wall: a direct measurement with ultrasound imaging.

P Pignoli, E Tremoli, A Poli … (1986)
A study in vitro of specimens of human aortic and common carotid arteries was carried out to determine the feasibility of direct measurement (i.e., not from residual lumen) of arterial wall thickness with B mode real-time imaging. Measurements in vivo by the same technique were also obtained from common carotid arteries of 10 young normal male subjects. Aortic samples were classified as class A (relatively normal) or class B (with one or more atherosclerotic plaques). In all class A and 85% of class B arterial samples a characteristic B mode image composed of two parallel echogenic lines separated by a hypoechoic space was found. The distance between the two lines (B mode image of intimal + medial thickness) was measured and correlated with the thickness of different combinations of tunicae evaluated by gross and microscopic examination. On the basis of these findings and the results of dissection experiments on the intima and adventitia we concluded that results of B mode imaging of intimal + medial thickness did not differ significantly from the intimal + medial thickness measured on pathologic examination. With respect to the accuracy of measurements obtained by B mode imaging as compared with pathologic findings, we found an error of less than 20% for measurements in 77% of normal and pathologic aortic walls. In addition, no significant difference was found between B mode-determined intimal + medial thickness in the common carotid arteries evaluated in vitro and that determined by this method in vivo in young subjects, indicating that B mode imaging represents a useful approach for the measurement of intimal + medial thickness of human arteries in vivo.