Impact of the COVID-19 Pandemic on Mental Health and Quality of Life among Local Residents in Liaoning Province, China: A Cross-Sectional Study 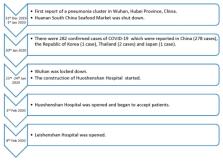 Our study aimed to investigate the immediate impact of the COVID-19 pandemic on mental health and quality of life among local Chinese residents aged ≥18 years in Liaoning Province, mainland China. An online survey was distributed through a social media platform between January and February 2020. Participants completed a modified validated questionnaire that assessed the Impact of Event Scale (IES), indicators of negative mental health impacts, social and family support, and mental health-related lifestyle changes. A total of 263 participants (106 males and 157 females) completed the study. The mean age of the participants was 37.7 ± 14.0 years, and 74.9% had a high level of education. The mean IES score in the participants was 13.6 ± 7.7, reflecting a mild stressful impact. Only 7.6% of participants had an IES score ≥26. The majority of participants (53.3%) did not feel helpless due to the pandemic. On the other hand, 52.1% of participants felt horrified and apprehensive due to the pandemic. Additionally, the majority of participants (57.8–77.9%) received increased support from friends and family members, increased shared feeling and caring with family members and others. In conclusion, the COVID-19 pandemic was associated with mild stressful impact in our sample, even though the COVID-19 pandemic is still ongoing. These findings would need to be verified in larger population studies.

Joseph Lau,  Xilin Yang,  H.Y. Tsui … (2005)
Background. The severe acute respiratory syndrome (SARS) epidemic that occurred in Hong Kong in 2003 caused serious public health consequences. Its impacts on health-seeking behaviors of the general public have not been assessed. Methods. Two cross-sectional, random telephone surveys interviewed 1603 Hong Kong adult residents in the post-SARS epidemic period, June and September 2003 to investigate changes in the post-SARS period. Results. Noteworthy percentages of the respondents self-reported increased frequencies of practicing favorable health-seeking behaviors in June 2003, as compared with the pre-SARS period. Few respondents reported the opposite. This was observed in different dimensions: health services seeking, adoption of healthier lifestyle, spending more resources on health, adoption of good personal hygiene, mask use when ill with influenza, and avoidance of risk behaviors. The frequencies of practicing most of these health-seeking behaviors, as measured in June and September 2003, were comparable. Further increases in healthy diet and weight control, etc., were observed during that period. Those who worried about contracting SARS were more likely to have improved health-seeking behaviors. Conclusions. The community in Hong Kong responded to the SARS epidemic by practicing more favorable health-seeking behaviors. Public health workers should utilize these opportunities to foster favorable changes.

Joseph Lau,  Xilin Yang,  H.Y. Tsui … (2005)
Summary Objectives To investigate 2 positive impacts (better family/social support and lifestyle changes) and their associations with other negative impacts. Study design and participants A telephone survey using random telephone numbers and a structured questionnaire was conducted in Hong Kong general population. Eight hundred and eighteen Hong Kong residents of age 18–60 years completed the interview (response rate: 65%) at around end of June 2003, the early ending phase of the epidemic. Results Over 60% of the respondents stated that they cared more about the family members' feelings; about 30%–40% stated that they found their friends, their family members more supportive or having more sharing with others when not feeling happy; only a few percent felt the opposite. Further, about 2/3 of the respondents paid more attention to their mental health. About 35%–40% took more time to rest, for relaxation or doing exercise. These items were, in general, negatively associated with post-traumatic stress, perception of stress and other perceptions that were related to SARS. Conclusions SARS have brought some positive impacts on social/family support, mental health awareness and lifestyle changes. These positive impacts were associated with other relevant negative impacts and might be important cushions of the negative impact.

Monitoring community responses to the SARS epidemic in Hong Kong: from day 10 to day 62