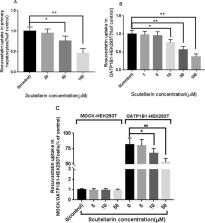 Farshad Farzadfar,  Mariel Finucane,  Goodarz Danaei … (2011)
Data for trends in serum cholesterol are needed to understand the effects of its dietary, lifestyle, and pharmacological determinants; set intervention priorities; and evaluate national programmes. Previous analyses of trends in serum cholesterol were limited to a few countries, with no consistent and comparable global analysis. We estimated worldwide trends in population mean serum total cholesterol. We estimated trends and their uncertainties in mean serum total cholesterol for adults 25 years and older in 199 countries and territories. We obtained data from published and unpublished health examination surveys and epidemiological studies (321 country-years and 3·0 million participants). For each sex, we used a Bayesian hierarchical model to estimate mean total cholesterol by age, country, and year, accounting for whether a study was nationally representative. In 2008, age-standardised mean total cholesterol worldwide was 4·64 mmol/L (95% uncertainty interval 4·51-4·76) for men and 4·76 mmol/L (4·62-4·91) for women. Globally, mean total cholesterol changed little between 1980 and 2008, falling by less than 0·1 mmol/L per decade in men and women. Total cholesterol fell in the high-income region consisting of Australasia, North America, and western Europe, and in central and eastern Europe; the regional declines were about 0·2 mmol/L per decade for both sexes, with posterior probabilities of these being true declines 0·99 or greater. Mean total cholesterol increased in east and southeast Asia and Pacific by 0·08 mmol/L per decade (-0·06 to 0·22, posterior probability=0·86) in men and 0·09 mmol/L per decade (-0·07 to 0·26, posterior probability=0·86) in women. Despite converging trends, serum total cholesterol in 2008 was highest in the high-income region consisting of Australasia, North America, and western Europe; the regional mean was 5·24 mmol/L (5·08-5·39) for men and 5·23 mmol/L (5·03-5·43) for women. It was lowest in sub-Saharan Africa at 4·08 mmol/L (3·82-4·34) for men and 4·27 mmol/L (3·99-4·56) for women. Nutritional policies and pharmacological interventions should be used to accelerate improvements in total cholesterol in regions with decline and to curb or prevent the rise in Asian populations and elsewhere. Population-based surveillance of cholesterol needs to be improved in low-income and middle-income countries. Bill & Melinda Gates Foundation and WHO. Copyright © 2011 Elsevier Ltd. All rights reserved.

Frederick A. Meier,  Bruno Hagenbuch (2004)
The organic anion transporting polypeptides (rodents: Oatps, human: OATPs) form a superfamily of sodium-independent transport systems that mediate the transmembrane transport of a wide range of amphipathic endogenous and exogenous organic compounds. Since the traditional SLC21 gene classification does not permit an unequivocal and species-independent identification of genes and gene products, all Oatps/OATPs are newly classified within the OATP/ SLCO superfamily and subdivided into families (>/=40% amino acid sequence identity), subfamilies (>/=60% amino acid sequence identity) and individual genes and gene products according to their phylogenetic relationships and chronology of identification. Implementation of this new classification and nomenclature system occurs in agreement with the HUGO Gene Nomenclature Committee (HGNC). Among 52 members of the OATP/ SLCO superfamily, 36 members have been identified so far in humans, rat and mouse. The latter are clustered within 6 (out of 12) families (OATP1-OATP6) and 13 subfamilies. Oatps/OATPs represent 12 transmembrane domain proteins and contain the superfamily signature D-X-RW-(I,V)-GAWW-X-G-(F,L)-L. Although species divergence, multispecificity and wide tissue distribution are common characteristics of many Oatps/OATPs, some members of the OATP/ SLCO superfamily are highly conserved during evolution, have a high substrate specificity and exhibit unique cellular expression in distinct organs. Hence, while Oatps/OATPs with broad substrate specificity appear to play an important role in the bioavailability, distribution and excretion of numerous exogenous amphipathic organic anionic compounds, Oatps/OATPs with a narrow spectrum of transport substrates may exhibit more specific physiological functions in distinct organs.