How Many Species Are There on Earth and in the Ocean? 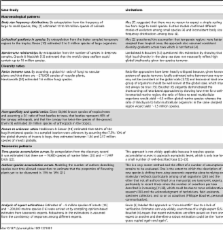 The diversity of life is one of the most striking aspects of our planet; hence knowing how many species inhabit Earth is among the most fundamental questions in science. Yet the answer to this question remains enigmatic, as efforts to sample the world's biodiversity to date have been limited and thus have precluded direct quantification of global species richness, and because indirect estimates rely on assumptions that have proven highly controversial. Here we show that the higher taxonomic classification of species (i.e., the assignment of species to phylum, class, order, family, and genus) follows a consistent and predictable pattern from which the total number of species in a taxonomic group can be estimated. This approach was validated against well-known taxa, and when applied to all domains of life, it predicts ∼8.7 million (±1.3 million SE) eukaryotic species globally, of which ∼2.2 million (±0.18 million SE) are marine. In spite of 250 years of taxonomic classification and over 1.2 million species already catalogued in a central database, our results suggest that some 86% of existing species on Earth and 91% of species in the ocean still await description. Renewed interest in further exploration and taxonomy is required if this significant gap in our knowledge of life on Earth is to be closed.

Knowing the number of species on Earth is one of the most basic yet elusive questions in science. Unfortunately, obtaining an accurate number is constrained by the fact that most species remain to be described and because indirect attempts to answer this question have been highly controversial. Here, we document that the taxonomic classification of species into higher taxonomic groups (from genera to phyla) follows a consistent pattern from which the total number of species in any taxonomic group can be predicted. Assessment of this pattern for all kingdoms of life on Earth predicts ∼8.7 million (±1.3 million SE) species globally, of which ∼2.2 million (±0.18 million SE) are marine. Our results suggest that some 86% of the species on Earth, and 91% in the ocean, still await description. Closing this knowledge gap will require a renewed interest in exploration and taxonomy, and a continuing effort to catalogue existing biodiversity data in publicly available databases.

The future of biodiversity.

S. L. PIMM, G. Russell, J. Gittleman … (1995)
Recent extinction rates are 100 to 1000 times their pre-human levels in well-known, but taxonomically diverse groups from widely different environments. If all species currently deemed "threatened" become extinct in the next century, then future extinction rates will be 10 times recent rates. Some threatened species will survive the century, but many species not now threatened will succumb. Regions rich in species found only within them (endemics) dominate the global patterns of extinction. Although new technology provides details of habitat losses, estimates of future extinctions are hampered by our limited knowledge of which areas are rich in endemics.

How many species are there on Earth?

R M May (1988)
This article surveys current answers to the factual question posed in the title and reviews the kinds of information that are needed to make these answers more precise. Various factors affecting diversity are also reviewed. These include the structure of food webs, the relative abundance of species, the number of species and of individuals in different categories of body size, along with other determinants of the commonness and rarity of organisms.

Why Worry about How Many Species and Their Loss?