Magnesium: does it reduce ischemia/reperfusion injury in an adnexal torsion rat model? 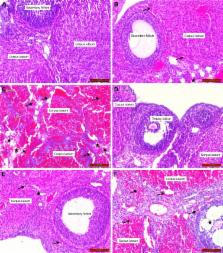 The aim of the present study was to assess the protective effects of magnesium sulfate (MgSO 4) on ischemia/reperfusion (I/R) induced ovarian damage in a rat ovarian torsion model.

Histopathological and biochemical analysis revealed that prophylactic treatment with MgSO 4 reduces the changes observed in I/R injury in a rat model.

A simple method for clinical assay of superoxide dismutase.

Yujun Li,  L Oberley,  Y. Henry Sun (1988)
This assay for superoxide dismutase (SOD, EC 1.15.1.1) activity involves inhibition of nitroblue tetrazolium reduction, with xanthine-xanthine oxidase used as a superoxide generator. By using a reaction terminator, we can determine 40 samples within 55 min. One unit of activity of pure bovine liver Cu,ZnSOD and chicken liver MnSOD was expressed by 30 ng and 500 ng of protein, respectively. The mean concentrations of Cu,ZnSOD as measured by this method in blood from normal adults were 242 (SEM 4) mg/L in erythrocytes, 548 (SEM 20) micrograms/L in serum, and 173 (SEM 11) micrograms/L in plasma. The Cu,ZnSOD concentrations in serum and plasma of patients with cancer of the large intestine tended to be less and greater than these values, respectively, but not statistically significantly so.

D. Granger,  Donna Carden (2000)
Reperfusion of ischaemic tissues is often associated with microvascular dysfunction that is manifested as impaired endothelium-dependent dilation in arterioles, enhanced fluid filtration and leukocyte plugging in capillaries, and the trafficking of leukocytes and plasma protein extravasation in postcapillary venules. Activated endothelial cells in all segments of the microcirculation produce more oxygen radicals, but less nitric oxide, in the initial period following reperfusion. The resulting imbalance between superoxide and nitric oxide in endothelial cells leads to the production and release of inflammatory mediators (e.g. platelet-activating factor, tumour necrosis factor) and enhances the biosynthesis of adhesion molecules that mediate leukocyte-endothelial cell adhesion. Some of the known risk factors for cardiovascular disease (hypercholesterolaemia, hypertension, and diabetes) appear to exaggerate many of the microvascular alterations elicited by ischaemia and reperfusion (I/R). The inflammatory mediators released as a consequence of reperfusion also appear to activate endothelial cells in remote organs that are not exposed to the initial ischaemic insult. This distant response to I/R can result in leukocyte-dependent microvascular injury that is characteristic of the multiple organ dysfunction syndrome. Adaptational responses to I/R injury have been demonstrated that allow for protection of briefly ischaemic tissues against the harmful effects of subsequent, prolonged ischaemia, a phenomenon called ischaemic preconditioning. There are two temporally and mechanistically distinct types of protection afforded by this adaptational response, i.e. acute and delayed preconditioning. The factors (e.g. protein kinase C activation) that initiate the acute and delayed preconditioning responses appear to be similar; however the protective effects of acute preconditioning are protein synthesis-independent, while the effects of delayed preconditioning require protein synthesis. The published literature in this field of investigation suggests that there are several potential targets for therapeutic intervention against I/R-induced microvascular injury. Copyright 2000 John Wiley & Sons, Ltd.