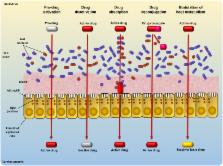 Type 2 diabetes (T2D) has become a global epidemic. Although several drugs are available to manage T2D, problems associated with person-to-person variability in drug efficacy and potential side-effects remain unresolved. Owing to the emerging role of the gut microbiome in obesity and T2D, the interaction between gut microbes and anti-diabetic drugs and its influence on drugs' functions remains of immediate research interest. On one hand, drugs can manipulate gut microbiome composition and metabolic capacity. Conversely, the metabolic activities of the microbiome and its metabolites can also influence drug metabolism and effects. Hence, understanding this bi-directional drug-microbiome interaction and how it influences the clinical outcomes of antidiabetic drugs can pave the way to develop next-generation strategies to ameliorate diabetes. This review presents evidences demonstrating the putative interactions between anti-diabetic drugs and the gut microbiome, and discusses the potential of microbiome modulators to manipulate drug-microbiome interactions and the drug metabolism. 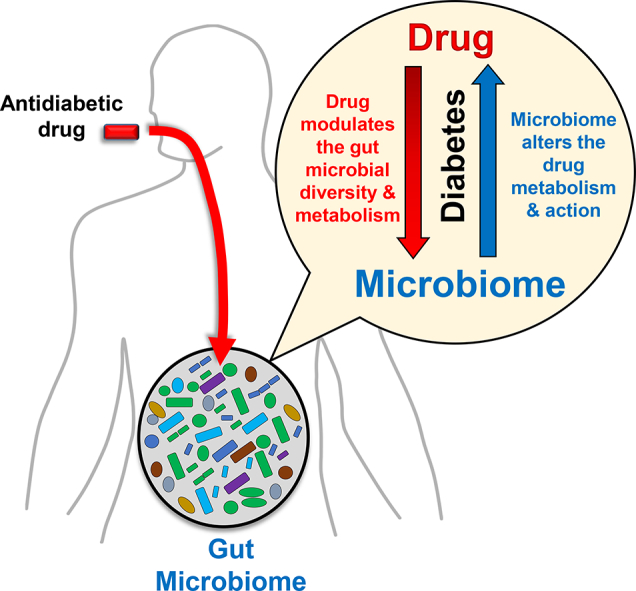 O Braissant,  W. Wahli,  M Dauça … (1995)
Peroxisome proliferator-activated receptors (PPARs) are members of the nuclear hormone receptor superfamily that can be activated by various xenobiotics and natural fatty acids. These transcription factors primarily regulate genes involved in lipid metabolism and also play a role in adipocyte differentiation. We present the expression patterns of the PPAR subtypes in the adult rat, determined by in situ hybridization using specific probes for PPAR-alpha, -beta and -gamma, and by immunohistochemistry using a polyclonal antibody that recognizes the three rat PPAR subtypes. In numerous cell types from either ectodermal, mesodermal, or endodermal origin, PPARs are coexpressed, with relative levels varying between them from one cell type to the other. PPAR-alpha is highly expressed in hepatocytes, cardiomyocytes, enterocytes, and the proximal tubule cells of kidney. PPAR-beta is expressed ubiquitously and often at higher levels than PPAR-alpha and -gamma. PPAR-gamma is expressed predominantly in adipose tissue and the immune system. Our results suggest new potential directions to investigate the functions of the different PPAR subtypes.

Interactions between Gut Microbiota, Host Genetics and Diet Modulate the Predisposition to Obesity and Metabolic Syndrome.

Siegfried Ussar,  Nicholas W Griffin,  Olivier Bezy … (2015)
Obesity, diabetes, and metabolic syndrome result from complex interactions between genetic and environmental factors, including the gut microbiota. To dissect these interactions, we utilized three commonly used inbred strains of mice-obesity/diabetes-prone C57Bl/6J mice, obesity/diabetes-resistant 129S1/SvImJ from Jackson Laboratory, and obesity-prone but diabetes-resistant 129S6/SvEvTac from Taconic-plus three derivative lines generated by breeding these strains in a new, common environment. Analysis of metabolic parameters and gut microbiota in all strains and their environmentally normalized derivatives revealed strong interactions between microbiota, diet, breeding site, and metabolic phenotype. Strain-dependent and strain-independent correlations were found between specific microbiota and phenotypes, some of which could be transferred to germ-free recipient animals by fecal transplantation. Environmental reprogramming of microbiota resulted in 129S6/SvEvTac becoming obesity resistant. Thus, development of obesity/metabolic syndrome is the result of interactions between gut microbiota, host genetics, and diet. In permissive genetic backgrounds, environmental reprograming of microbiota can ameliorate development of metabolic syndrome.

Paul J. Hauptman,  Lars Sjöström,  M Boldrin … (2003)
It is well established that the risk of developing type 2 diabetes is closely linked to the presence and duration of overweight and obesity. A reduction in the incidence of type 2 diabetes with lifestyle changes has previously been demonstrated. We hypothesized that adding a weight-reducing agent to lifestyle changes may lead to an even greater decrease in body weight, and thus the incidence of type 2 diabetes, in obese patients. In a 4-year, double-blind, prospective study, we randomized 3,305 patients to lifestyle changes plus either orlistat 120 mg or placebo, three times daily. Participants had a BMI >/=30 kg/m2 and normal (79%) or impaired (21%) glucose tolerance (IGT). Primary endpoints were time to onset of type 2 diabetes and change in body weight. Analyses were by intention to treat. Of orlistat-treated patients, 52% completed treatment compared with 34% of placebo recipients (P < 0.0001). After 4 years' treatment, the cumulative incidence of diabetes was 9.0% with placebo and 6.2% with orlistat, corresponding to a risk reduction of 37.3% (P = 0.0032). Exploratory analyses indicated that the preventive effect was explained by the difference in subjects with IGT. Mean weight loss after 4 years was significantly greater with orlistat (5.8 vs. 3.0 kg with placebo; P < 0.001) and similar between orlistat recipients with impaired (5.7 kg) or normal glucose tolerance (NGT) (5.8 kg) at baseline. A second analysis in which the baseline weights of subjects who dropped out of the study was carried forward also demonstrated greater weight loss in the orlistat group (3.6 vs. 1.4 kg; P < 0.001). Compared with lifestyle changes alone, orlistat plus lifestyle changes resulted in a greater reduction in the incidence of type 2 diabetes over 4 years and produced greater weight loss in a clinically representative obese population. Difference in diabetes incidence was detectable only in the IGT subgroup; weight loss was similar in subjects with IGT or NGT [correction].