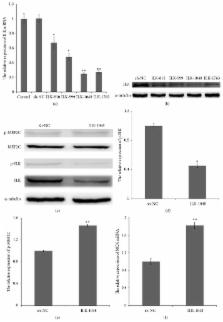 The activation of Akt/PKB signaling pathway and cell survival.

Gang Song,  Gaoliang Ouyang,  Shideng Bao (2015)
Akt/PKB is a serine/threonine protein kinase that functions as a critical regulator of cell survival and proliferation. Akt/PKB family comprises three highly homologous members known as PKBalpha/Akt1, PKBbeta/Akt2 and PKBgamma/Akt3 in mammalian cells. Similar to many other protein kinases, Akt/PKB contains a conserved domain structure including a specific PH domain, a central kinase domain and a carboxyl-terminal regulatory domain that mediates the interaction between signaling molecules. Akt/PKB plays important roles in the signaling pathways in response to growth factors and other extracellular stimuli to regulate several cellular functions including nutrient metabolism, cell growth, apoptosis and survival. This review surveys recent developments in understanding the molecular mechanisms of Akt/PKB activation and its roles in cell survival in normal and cancer cells.

Tara L. Brown,  L J Vlahos,  William F. Matter … (1994)
Phosphatidylinositol (PtdIns) 3-kinase is an enzyme implicated in growth factor signal transduction by associating with receptor and nonreceptor tyrosine kinases, including the platelet-derived growth factor receptor. Inhibitors of PtdIns 3-kinase could potentially give a better understanding of the function and regulatory mechanisms of the enzyme. Quercetin, a naturally occurring bioflavinoid, was previously shown to inhibit PtdIns 3-kinase with an IC50 of 1.3 microgram/ml (3.8 microM); inhibition appeared to be directed at the ATP-binding site of the kinase. Analogs of quercetin were investigated as PtdIns 3-kinase inhibitors, with the most potent ones exhibiting IC50 values in the range of 1.7-8.4 micrograms/ml. In contrast, genistein, a potent tyrosine kinase inhibitor of the isoflavone class, did not inhibit PtdIns 3-kinase significantly (IC50 > 30 micrograms/ml). Since quercetin has also been shown to inhibit other PtdIns and protein kinases, other chromones were evaluated as inhibitors of PtdIns 3-kinase without affecting PtdIns 4-kinase or selected protein kinases. One such compound, 2-(4-morpholinyl)-8-phenyl-4H-1-benzopyran-4-one (also known as 2-(4-morpholinyl)-8-phenylchromone, LY294002), completely and specifically abolished PtdIns 3-kinase activity (IC50 = 0.43 microgram/ml; 1.40 microM) but did not inhibit PtdIns 4-kinase or tested protein and lipid kinases. Analogs of LY294002 demonstrated a very selective structure-activity relationship, with slight changes in structure causing marked decreases in inhibition. LY294002 was shown to completely abolish PtdIns 3-kinase activity in fMet-Leu-Phe-stimulated human neutrophils, as well as inhibit proliferation of smooth muscle cells in cultured rabbit aortic segments. Since PtdIns 3-kinase appears to be centrally involved with growth factor signal transduction, the development of specific inhibitors against the kinase may be beneficial in the treatment of proliferative diseases as well as in elucidating the biological role of the kinase in cellular proliferation and growth factor response.