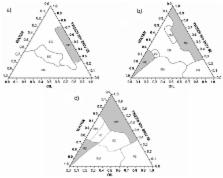 Nanosystems such as microemulsions (ME) and nanoemulsions (NE) offer considerable opportunities for targeted drug delivery to and via the skin. ME and NE are stable colloidal systems composed of oil and water, stabilised by a mixture of surfactants and cosurfactants, that have received particular interest as topical skin delivery systems. There is considerable scope to manipulate the formulation components and characteristics to achieve optimal bioavailability and minimal skin irritancy. This includes the incorporation of established chemical penetration enhancers to fluidize the stratum corneum lipid bilayers, thus reducing the primary skin barrier and increasing permeation. This review discusses nanosystems with utility in skin delivery and focuses on the composition and characterization of ME and NE for topical and transdermal delivery. The mechanism of skin delivery across the stratum corneum and via hair follicles is reviewed with particular focus on the influence of formulation.

Amanda C de C Williams,  B Barry (2004)
One long-standing approach for improving transdermal drug delivery uses penetration enhancers (also called sorption promoters or accelerants) which penetrate into skin to reversibly decrease the barrier resistance. Numerous compounds have been evaluated for penetration enhancing activity, including sulphoxides (such as dimethylsulphoxide, DMSO), Azones (e.g. laurocapram), pyrrolidones (for example 2-pyrrolidone, 2P), alcohols and alkanols (ethanol, or decanol), glycols (for example propylene glycol, PG, a common excipient in topically applied dosage forms), surfactants (also common in dosage forms) and terpenes. Many potential sites and modes of action have been identified for skin penetration enhancers; the intercellular lipid matrix in which the accelerants may disrupt the packing motif, the intracellular keratin domains or through increasing drug partitioning into the tissue by acting as a solvent for the permeant within the membrane. Further potential mechanisms of action, for example with the enhancers acting on desmosomal connections between corneocytes or altering metabolic activity within the skin, or exerting an influence on the thermodynamic activity/solubility of the drug in its vehicle are also feasible, and are also considered in this review.

E Touitou,  N Dayan,  L Bergelson … (2000)
This work describes a novel carrier for enhanced skin delivery, the ethosomal system, which is composed of phospholipid, ethanol and water. Ethosomal systems were much more efficient at delivering a fluorescent probe to the skin in terms of quantity and depth, than either liposomes or hydroalcoholic solution. The ethosomal system dramatically enhanced the skin permeation of minoxidil in vitro compared with either ethanolic or hydroethanolic solution or phospholipid ethanolic micellar solution of minoxidil. In addition, the transdermal delivery of testosterone from an ethosomal patch was greater both in vitro and in vivo than from commercially available patches. Skin permeation of ethosomal components, ethanol and phospholipid, was demonstrated in diffusion-cell experiments. Ethosomal systems composed of soy phosphatidylcholine 2%, ethanol 30% and water were shown by electron microscopy to contain multilamellar vesicles. 31P-NMR studies confirmed the bilayer configuration of the lipids. Calorimetry and fluorescence measurements suggested that the vesicular bilayers are flexible, having a relatively low T(m) and fluorescence anisotropy compared with liposomes obtained in the absence of ethanol. Dynamic light scattering measurements indicated that ethanol imparted a negative charge to the vesicles. The average vesicle size, as measured by dynamic light scattering, was modulated by altering the ethosome composition. Experiments using fluorescent probes and ultracentrifugation showed that the ethosomes had a high entrapment capacity for molecules of various lyophilicities.

Design and production of nanoparticles formulated from nano-emulsion templates-a review.