An affective disorder in zebrafish with mutation of the glucocorticoid receptor 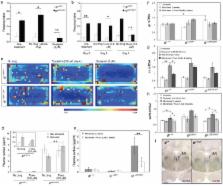 Upon binding of cortisol, the glucocorticoid receptor (GR) regulates the transcription of specific target genes, including those that encode the stress hormones corticotropin-releasing hormone (CRH) and adrenocorticotropic hormone (ACTH). Dysregulation of the stress axis is a hallmark of major depression in human patients. However, it is still unclear how glucocorticoid signaling is linked to affective disorders. We identified an adult-viable zebrafish mutant in which the negative feedback on the stress response is disrupted, due to abolition of all transcriptional activity of GR. As a consequence, cortisol is elevated, but unable to signal through GR. When placed into an unfamiliar aquarium (‘novel tank’), mutant fish become immobile (‘freeze’), show reduced exploratory behavior and do not habituate to this stressor upon repeated exposure. Addition of the antidepressant fluoxetine to the holding water and social interactions restore normal behavior, followed by a delayed correction of cortisol levels. Fluoxetine does not affect overall transcription of CRH, the mineralocorticoid receptor (MR), the serotonin transporter Serta or GR itself. Fluoxetine, however, suppresses the stress-induced upregulation of MR and Serta in both wildtype fish and mutants. Our studies show a conserved, protective function of glucocorticoid signaling in the regulation of emotional behavior and reveal novel molecular aspects of how chronic stress impacts vertebrate brain physiology and behavior. Importantly, the zebrafish model opens up the possibility of high-throughput drug screens in search of new classes of antidepressants.

Requirement of hippocampal neurogenesis for the behavioral effects of antidepressants.

O Kretz,  F Tronche,  G Schütz … (1999)
The glucocorticoid receptor (Gr, encoded by the gene Grl1) controls transcription of target genes both directly by interaction with DNA regulatory elements and indirectly by cross-talk with other transcription factors. In response to various stimuli, including stress, glucocorticoids coordinate metabolic, endocrine, immune and nervous system responses and ensure an adequate profile of transcription. In the brain, Gr has been proposed to modulate emotional behaviour, cognitive functions and addictive states. Previously, these aspects were not studied in the absence of functional Gr because inactivation of Grl1 in mice causes lethality at birth (F.T., C.K. and G.S., unpublished data). Therefore, we generated tissue-specific mutations of this gene using the Cre/loxP -recombination system. This allowed us to generate viable adult mice with loss of Gr function in selected tissues. Loss of Gr function in the nervous system impairs hypothalamus-pituitary-adrenal (HPA)-axis regulation, resulting in increased glucocorticoid (GC) levels that lead to symptoms reminiscent of those observed in Cushing syndrome. Conditional mutagenesis of Gr in the nervous system provides genetic evidence for the importance of Gr signalling in emotional behaviour because mutant animals show an impaired behavioural response to stress and display reduced anxiety.