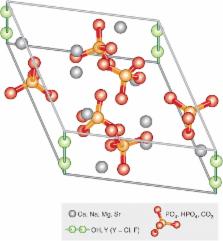 As a cofactor in numerous enzymatic reactions, magnesium fulfils various intracellular physiological functions. Thus, imbalance in magnesium status—primarily hypomagnesaemia as it is seen more often than hypermagnesaemia—might result in unwanted neuromuscular, cardiac or nervous disorders. Measuring total serum magnesium is a feasible and affordable way to monitor changes in magnesium status, although it does not necessarily reflect total body magnesium content. The following review focuses on the natural occurrence of magnesium and its physiological function. The absorption and excretion of magnesium as well as hypo- and hypermagnesaemia will be addressed.

Boris Zhivotovsky,  Sten Orrenius,  Pierluigi Nicotera (2003)
To live or to die? This crucial question eloquently reflects the dual role of Ca2+ in living organisms--survival factor or ruthless killer. It has long been known that Ca2+ signals govern a host of vital cell functions and so are necessary for cell survival. However, more recently it has become clear that cellular Ca2+ overload, or perturbation of intracellular Ca2+ compartmentalization, can cause cytotoxicity and trigger either apoptotic or necrotic cell death.

Rosamund McNair,  Diane Proudfoot,  Alexis Joannides … (2004)
Patients with ESRD have a high circulating calcium (Ca) x phosphate (P) product and develop extensive vascular calcification that may contribute to their high cardiovascular morbidity. However, the cellular mechanisms underlying vascular calcification in this context are poorly understood. In an in vitro model, elevated Ca or P induced human vascular smooth muscle cell (VSMC) calcification independently and synergistically, a process that was potently inhibited by serum. Calcification was initiated by release from living VSMC of membrane-bound matrix vesicles (MV) and also by apoptotic bodies from dying cells. Vesicles released by VSMC after prolonged exposure to Ca and P contained preformed basic calcium phosphate and calcified extensively. However, vesicles released in the presence of serum did not contain basic calcium phosphate, co-purified with the mineralization inhibitor fetuin-A and calcified minimally. Importantly, MV released under normal physiologic conditions did not calcify, and VSMC were also able to inhibit the spontaneous precipitation of Ca and P in solution. The potent mineralization inhibitor matrix Gla protein was found to be present in MV, and pretreatment of VSMC with warfarin markedly enhanced vesicle calcification. These data suggest that in the context of raised Ca and P, vascular calcification is a modifiable, cell-mediated process regulated by vesicle release. These vesicles contain mineralization inhibitors derived from VSMC and serum, and perturbation of the production or function of these inhibitors would lead to accelerated vascular calcification.