Home-based or remote exercise testing in chronic respiratory disease, during the COVID-19 pandemic and beyond: A rapid review 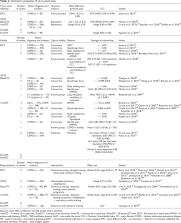 To identify exercise tests that are suitable for home-based or remote administration in people with chronic lung disease.

Rapid review of studies that reported home-based or remote administration of an exercise test in people with chronic lung disease, and studies reporting their clinimetric (measurement) properties.

The STS, step and TUG tests can be performed at home, but do not accurately document desaturation with walking or allow exercise prescription. Patients at risk of desaturation should be prioritised for centre-based exercise testing when this is available.

Comparison of the Sit-to-Stand Test with 6 min walk test in patients with chronic obstructive pulmonary disease.

A Akkoclu,  A Ozden,  O Itil … (2007)
To discuss the utility of Sit-to-Stand Test (STST) compared to the 6min walking test (6MWT) for the evaluation of functional status in patients with chronic obstructive pulmonary disease (COPD). Fifty-three patients with stable COPD (mean forced expiratory volume in 1s (FEV(1)) 46+/-9% predicted, mean age 71+/-12 year) and 15 healthy individuals (mean FEV(1) 101+/-13% predicted and mean age 63+/-8) were included. Functional performance was evaluated by STST and 6MWT. During the tests, severity of dyspnea (by Modified Borg Scale), heart rate, pulsed oxygen saturation (SpO(2), by Modified Borg Scale) (by pulse oxymeter), blood pressure were measured. The pulmonary function (by spirometry), quadriceps femoris muscle strength (by manual muscle test) and quality of life (by Nottingham Health Profile Survey) were evaluated. The STST and 6MWT results were lower in COPD group than the healthy group (P<0.05). During the 6MWT the rise in the heart rate, systolic blood pressure and the decrease in SpO(2) were statistically significant according to STST in COPD groups (P<0.05). The STST and 6MWT were strongly correlated with each other in both groups (P<0.05). Similarly, they were correlated with age, quality of life, peripheral muscle strength and dyspnea severity in COPD groups (P<0.05). Similar to 6MWT, STST is also able to determine the functional state correctly. Additionally, it produces less hemodynamical stress compared to the 6MWT. In conclusion, STST can be used as an alternative of the 6MWT in patients with COPD.

What are the best methodologies for rapid reviews of the research evidence for evidence-informed decision making in health policy and practice: a rapid review

Michelle Haby,  Evelina Chapman,  Rachel Clark … (2016)
Background Rapid reviews have the potential to overcome a key barrier to the use of research evidence in decision making, namely that of the lack of timely and relevant research. This rapid review of systematic reviews and primary studies sought to answer the question: What are the best methodologies to enable a rapid review of research evidence for evidence-informed decision making in health policy and practice? Methods This rapid review utilised systematic review methods and was conducted according to a pre-defined protocol including clear inclusion criteria (PROSPERO registration: CRD42015015998). A comprehensive search strategy was used, including published and grey literature, written in English, French, Portuguese or Spanish, from 2004 onwards. Eleven databases and two websites were searched. Two review authors independently applied the eligibility criteria. Data extraction was done by one reviewer and checked by a second. The methodological quality of included studies was assessed independently by two reviewers. A narrative summary of the results is presented. Results Five systematic reviews and one randomised controlled trial (RCT) that investigated methodologies for rapid reviews met the inclusion criteria. None of the systematic reviews were of sufficient quality to allow firm conclusions to be made. Thus, the findings need to be treated with caution. There is no agreed definition of rapid reviews in the literature and no agreed methodology for conducting rapid reviews. While a wide range of ‘shortcuts’ are used to make rapid reviews faster than a full systematic review, the included studies found little empirical evidence of their impact on the conclusions of either rapid or systematic reviews. There is some evidence from the included RCT (that had a low risk of bias) that rapid reviews may improve clarity and accessibility of research evidence for decision makers. Conclusions Greater care needs to be taken in improving the transparency of the methods used in rapid review products. There is no evidence available to suggest that rapid reviews should not be done or that they are misleading in any way. We offer an improved definition of rapid reviews to guide future research as well as clearer guidance for policy and practice. Electronic supplementary material The online version of this article (doi:10.1186/s12961-016-0155-7) contains supplementary material, which is available to authorized users.

Telehealthcare in COPD: a systematic review and meta-analysis on physical outcomes and dyspnea.

Sara Lundell,  Åsa Holmner,  Börje Rehn … (2015)
Only a minority of patients with chronic obstructive pulmonary disease (COPD) have access to pulmonary rehabilitation (PR). Home-based solutions such as telehealthcare, have been used in efforts to make PR more available. The aim of this systematic review was to investigate the effects of telehealthcare on physical activity level, physical capacity and dyspnea in patients with COPD, and to describe the interventions used.

This article is distributed under the terms of the Creative Commons Attribution-NonCommercial 4.0 License ( https://creativecommons.org/licenses/by-nc/4.0/) which permits non-commercial use, reproduction and distribution of the work without further permission provided the original work is attributed as specified on the SAGE and Open Access pages ( https://us.sagepub.com/en-us/nam/open-access-at-sage).