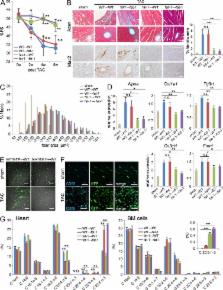 A RAPID METHOD OF TOTAL LIPID EXTRACTION AND PURIFICATION

Thirumalai Ramalingam,  Thomas Wynn (2012)
Fibrosis is a pathological feature of most chronic inflammatory diseases. Fibrosis, or scarring, is defined by the accumulation of excess extracellular matrix components. If highly progressive, the fibrotic process eventually leads to organ malfunction and death. Fibrosis affects nearly every tissue in the body. Here we discuss how key components of the innate and adaptive immune response contribute to the pathogenesis of fibrosis. We also describe how cell-intrinsic changes in important structural cells can perpetuate the fibrotic response by regulating the differentiation, recruitment, proliferation and activation of extracellular matrix-producing myofibroblasts. Finally, we highlight some of the key mechanisms and pathways of fibrosis that are being targeted as potential therapies for a variety of important human diseases.

Matthias Nahrendorf,  Filip Swirski,  Elena Aikawa … (2007)
Healing of myocardial infarction (MI) requires monocytes/macrophages. These mononuclear phagocytes likely degrade released macromolecules and aid in scavenging of dead cardiomyocytes, while mediating aspects of granulation tissue formation and remodeling. The mechanisms that orchestrate such divergent functions remain unknown. In view of the heightened appreciation of the heterogeneity of circulating monocytes, we investigated whether distinct monocyte subsets contribute in specific ways to myocardial ischemic injury in mouse MI. We identify two distinct phases of monocyte participation after MI and propose a model that reconciles the divergent properties of these cells in healing. Infarcted hearts modulate their chemokine expression profile over time, and they sequentially and actively recruit Ly-6Chi and -6Clo monocytes via CCR2 and CX3CR1, respectively. Ly-6Chi monocytes dominate early (phase I) and exhibit phagocytic, proteolytic, and inflammatory functions. Ly-6Clo monocytes dominate later (phase II), have attenuated inflammatory properties, and express vascular–endothelial growth factor. Consequently, Ly-6Chi monocytes digest damaged tissue, whereas Ly-6Clo monocytes promote healing via myofibroblast accumulation, angiogenesis, and deposition of collagen. MI in atherosclerotic mice with chronic Ly-6Chi monocytosis results in impaired healing, underscoring the need for a balanced and coordinated response. These observations provide novel mechanistic insights into the cellular and molecular events that regulate the response to ischemic injury and identify new therapeutic targets that can influence healing and ventricular remodeling after MI.