GeneBase 1.1: a tool to summarize data from NCBI gene datasets and its application to an update of human gene statistics 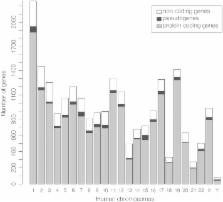 Journal: Database: The Journal of Biological Databases and Curation

We release GeneBase 1.1, a local tool with a graphical interface useful for parsing, structuring and indexing data from the National Center for Biotechnology Information (NCBI) Gene data bank. Compared to its predecessor GeneBase (1.0), GeneBase 1.1 now allows dynamic calculation and summarization in terms of median, mean, standard deviation and total for many quantitative parameters associated with genes, gene transcripts and gene features (exons, introns, coding sequences, untranslated regions). GeneBase 1.1 thus offers the opportunity to perform analyses of the main gene structure parameters also following the search for any set of genes with the desired characteristics, allowing unique functionalities not provided by the NCBI Gene itself. In order to show the potential of our tool for local parsing, structuring and dynamic summarizing of publicly available databases for data retrieval, analysis and testing of biological hypotheses, we provide as a sample application a revised set of statistics for human nuclear genes, gene transcripts and gene features. In contrast with previous estimations strongly underestimating the length of human genes, a ‘mean’ human protein-coding gene is 67 kbp long, has eleven 309 bp long exons and ten 6355 bp long introns. Median, mean and extreme values are provided for many other features offering an updated reference source for human genome studies, data useful to set parameters for bioinformatic tools and interesting clues to the biomedical meaning of the gene features themselves.

Genotype-phenotype analysis in 2,405 patients with a dystrophinopathy using the UMD-DMD database: a model of nationwide knowledgebase.

Véronique Humbertclaude,  François-Olivier Desmet,  Laurence Michel … (2009)
UMD-DMD France is a knowledgebase developed through a multicenter academic effort to provide an up-to-date resource of curated information covering all identified mutations in patients with a dystrophinopathy. The current release includes 2,411 entries consisting in 2,084 independent mutational events identified in 2,046 male patients and 38 expressing females, which corresponds to an estimated number of 39 people per million with a genetic diagnosis of dystrophinopathy in France. Mutations consist in 1,404 large deletions, 215 large duplications, and 465 small rearrangements, of which 39.8% are nonsense mutations. The reading frame rule holds true for 96% of the DMD patients and 93% of the BMD patients. Quality control relies on the curation by four experts for the DMD gene and related diseases. Data on dystrophin and RNA analysis, phenotypic groups, and transmission are also available. About 24% of the mutations are de novo events. This national centralized resource will contribute to a greater understanding of prevalence of dystrophinopathies in France, and in particular, of the true frequency of BMD, which was found to be almost half (43%) that of DMD. UMD-DMD is a searchable anonymous database that includes numerous newly developed tools, which can benefit to all the scientific community interested in dystrophinopathies. Dedicated functions for genotype-based therapies allowed the prediction of a new multiexon skipping (del 45-53) potentially applicable to 53% of the deleted DMD patients. Finally, such a national database will prove to be useful to implement the international global DMD patients' registries under development.