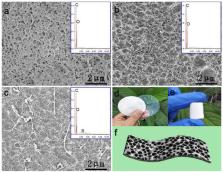 Cellulose has attracted much interest, particularly in medical applications such as advanced biosensing devices. Cellulose could provide biosensors with enhanced biocompatibility, biodegradability and non-toxicity, which could be useful for biosensors. Thus, they play a significant role in environmental monitoring, medical diagnostic tools, forensic science, and foodstuff processing safety applications. This review summarizes the recent developments in cellulose-based biosensors targeting the molecular design principles toward medical detection purposes. The recognition/detection mechanisms of cellulose-based biosensors demonstrate two major classes of measurable signal generation, including optical and electrochemical cellulosic biosensors. As a result of their simplicity, high sensitivity, and low cost, cellulose-based optical biosensors are particularly of great interest for including label-free and label-driven (fluorescent and colorimetric) biosensors. There have been numerous types of cellulose substrates employed in biosensors, including several cellulose derivatives, nano-cellulose, bacterial cellulose, paper, gauzes, and hydrogels. These kinds of cellulose-based biosensors were discussed according to their preparation procedures and detection principle. Cellulose and its derivatives with their distinctive chemical structure have demonstrated to be versatile materials, affording a high-quality platform for accomplishing the immobilization process of biologically active molecules into biosensors. Cellulose-based biosensors exhibit a variety of desirable characteristics, such as sensitivity, accuracy, convenience, quick response, and low-cost. For instance, cellulose paper-based biosensors are characterized as being low-cost and easy to operate, while nano-cellulose biosensors are characterized as having a good dispersion, high absorbance capacity, and large surface area. Cellulose and its derivatives have been promising materials in biosensors which could be employed to monitor various bio-molecules, such as urea, glucose, cell, amino acid, protein, lactate, hydroquinone, gene, and cholesterol. The future interest will focus on the design and construction of multifunctional, miniaturized, low-cost, environmentally friendly, and integrated biosensors. Thus, the production of cellulose-based biosensors is very important.