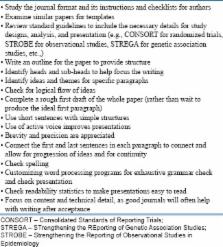 Observational Studies: Getting Clear about Transparency

(2014)
The PLOS Medicine Editors endorse four measures to ensure transparency in the analysis and reporting of observational studies. Please see later in the article for the Editors' Summary

D. Cameron,  I Jones (1983)
John Snow was a genius in epidemiology. His achievement was to evolve an elegant, internally and externally consistent theory which concerned the mechanisms and processes involved in every aspect of the subject he had chosen to study. In order to do this he did not restrict himself to any method. He used all skills available to himself and his colleagues. He published his theory, and practical suggestions for the prevention of cholera arising out it, both internally in medical meetings and to the medical press, and to the public in the form of pamphlets and in reports addressed to the appropriate authority. This surely should be the objective of all epidemiological work.