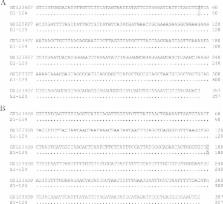 Bed bugs are hematophagous insects responsible for a re-emerging and challenging indoor pest in many countries. Bed bugs infestations may have health consequences including nuisance biting, cutaneous and systemic reactions. This resurgence can probably be attributed to factors such as increased international travel and development of resistance against insecticides. Resistance against pyrethroids has been reported several times from the USA and rarely in Europe. In France, very few data on bed bugs are available. The present study aimed to assess the infestation by bed bugs of a complex of two high-rise apartment buildings in the suburb of Paris and to evaluate their susceptibility to pyrethroid insecticides. We inspected for bed bugs 192 out of 198 apartments units (97%) and interviewed their residents. 76 (39.6%) apartments were infested. Among the 97 residents living in infested apartments, 53 (54.6%) reported bed bug bites. A total of 564 bed bugs were collected in the infested units. Bioassays showed that 54 out of 143 bed bugs were resistant to pyrethroids (37.8%; 95% confidence interval: 29.9-45.7%). DNA sequencing showed that all bed bugs tested (n = 124) had homozygous L925I kdr-like gene mutation. The level of pyrethroid resistance found indicates that this phenomenon was already established in the site and prompts the need to reevaluate the wide use of pyrethroids to control bed bugs.

Insecticide resistance in the bed bug: a factor in the pest's sudden resurgence?

Kenneth F. Haynes,  John D Potter,  Alvaro Romero … (2007)
Infestations of the bed bug, Cimex lectularius L. (Heteroptera: Cimicidae), are increasing around the world at an alarming rate and have become a major public health concern. The evolution of insecticide resistance could be a primary factor in explaining this resurgence. Extremely high levels of resistance to two pyrethroid insecticides, deltamethrin and lambda-cyhalothrin, relative to a susceptible colony, were detected in populations collected from human dwellings in Kentucky and Ohio. Offspring of a cross between a resistant and susceptible colony had intermediate susceptibility. Evaluations of populations from across the United States indicate that resistance to pyrethroid insecticides is already widespread. Without the development of new tactics for bed bug management, further escalation of this public health problem should be expected.

Bed bugs (Cimex lectularius) and clinical consequences of their bites.

Jerome Goddard (2009)
Bed bug (Cimex lectularius) infestations are rapidly increasing worldwide. Health consequences include nuisance biting and cutaneous and systemic reactions. The potential for bed bugs to serve as disease vectors and optimal methods for bed bug pest control and eradication are unclear. To present current knowledge of the health and medical effects of bed bugs and to explore key issues in pest control and eradication efforts. A search of MEDLINE and EMBASE databases (1960-October 2008) for articles using the keywords bed bugs, Cimex lectularius, humans, parasitology, pathogenicity, and drug effects. For pest control, PubMed and Toxline searches (1960-October 2008) were performed using the keywords bed bugs, Cimex, control, prevention, and eradication. Manual searches of older journals, textbooks, pest control trade journals, and newspapers (1892-October 2008) were also performed. Original accounts or investigations of bed bugs, clinical responses with sufficient detail of cause and effect between the bed bug bite and clinical response, and convincing evidence of substantiated presence of bed bug exposure. For pest control, documentation that an eradication measure quantitatively decreased bed bugs. A trained medical reference librarian assisted with the literature search. Two authors with expertise in the diagnosis, treatment, and eradication of bed bugs reviewed the clinical articles. One author evaluated the pest control articles. Fifty-three articles met inclusion criteria and were summarized. Only 2 clinical trials concerning bed bugs were identified and tested the ability of pest control interventions to eradicate bed bugs. Although transmission of more than 40 human diseases has been attributed to bed bugs, there is little evidence that they are vectors of communicable disease. A variety of clinical reactions to bed bugs have been reported, including cutaneous and rarely systemic reactions. A wide range of empirical treatments, including antibiotics, antihistamines, topical and oral corticosteroids, and epinephrine, have been used for bite reactions with varying results. No evidence-based interventions to eradicate bed bugs or prevent bites were identified. Treatment options for cutaneous and systemic reactions from bed bug bites have not been evaluated in clinical trials and there is no evidence that outcomes differ significantly from those receiving no treatment. Evidence for disease transmission by bed bugs is lacking. Pest control and eradication is challenging due to insecticide resistance, lack of effective products, and health concerns about spraying mattresses with pesticides.