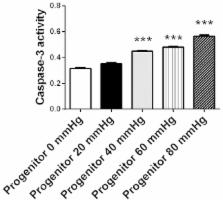 D Göttsch,  Marc A. Sommer,  H Quigley … (1991)
A detailed ocular examination, including perimetry, was conducted on 5308 black and white subjects aged 40 years and older in a population-based prevalence survey in east Baltimore, Md. Repeated, detailed examinations were carried out on selected subjects. Roughly half of all subjects with optic nerve damage from primary open angle glaucoma, regardless of race, were unaware that they had the condition. The average intraocular pressure (IOP) among black patients with glaucoma who were receiving treatment was virtually identical to that in those black patients who were not receiving treatment (median IOP, 20 mm Hg); treated eyes of white patients had a lower IOP than those eyes of white patients who were not receiving treatment (mean [+/- SD] IOP, 18.69 +/- 3.23 mm Hg vs 24.15 +/- 5.23 mm Hg; P less than .001). The risk of glaucomatous optic nerve damage increased with the height of the screening IOP, particularly at levels of 22 to 29 and 30 mm Hg and above (relative rate compared with IOP of 15 mm Hg or lower, 12.8 and 40.1 mm Hg, respectively). More than half of all glaucomatous eyes had a screening IOP below 21 mm Hg, whether these eyes were receiving treatment or not. The IOP in glaucomatous eyes tended to rise on follow-up, in contrast with nonglaucomatous eyes in which the IOP was as likely to rise as to fall. Results confirmed that IOP is an important factor in glaucoma, but did not support the traditional distinction between "normal" and "elevated" pressure, nor its corollaries, "low-tension" glaucoma and "high-tension" glaucoma.

The potential role of glutamate transporters in the pathogenesis of normal tension glaucoma.

Hun-Meng Quah,  Takayuki Harada,  Akinori Okumura … (2007)
Glaucoma, a progressive optic neuropathy due to retinal ganglion cell (RGC) degeneration, is one of the leading causes of irreversible blindness. Although glaucoma is often associated with elevated intraocular pressure (IOP), IOP elevation is not detected in a significant subset of glaucomas, such as normal tension glaucoma (NTG). Moreover, in some glaucoma patients, significant IOP reduction does not prevent progression of the disease. Thus, understanding IOP-independent mechanisms of RGC loss is important. Here, we show that mice deficient in the glutamate transporters GLAST or EAAC1 demonstrate spontaneous RGC and optic nerve degeneration without elevated IOP. In GLAST-deficient mice, the glutathione level in Müller glia was decreased; administration of glutamate receptor blocker prevented RGC loss. In EAAC1-deficient mice, RGCs were more vulnerable to oxidative stress. These findings suggest that glutamate transporters are necessary both to prevent excitotoxic retinal damage and to synthesize glutathione, a major cellular antioxidant and tripeptide of glutamate, cysteine, and glycine. We believe these mice are the first animal models of NTG that offer a powerful system for investigating mechanisms of neurodegeneration in NTG and developing therapies directed at IOP-independent mechanisms of RGC loss.

The pig eye as a novel model of glaucoma.

Maria Hernandez,  Javier Ruiz-Albert,  Javier Araiz … (2005)
We validated the pig eye as a model of glaucoma, based on chronic elevation of intraocular pressure (IOP). IOP was elevated by cauterising three episcleral veins in each of the left eyes of five adult pigs. Right eyes were used as controls. Measurement of IOP was performed during the experiment with an applanation tonometer (Tono-Pen). Five months after episcleral vein occlusion, retinal ganglion cells (RGCs) from both cauterised and control eyes were retrogradely backfilled with Fluoro-Gold. Analysis of RGC loss and morphometric as characterization of surviving RGCs was performed using whole-mounted retinas. Elevation of IOP was apparent after three weeks of episcleral vein cauterisation and it remained elevated for at least 21 weeks (duration of the experiments). Analysis of RGC loss after chronic elevation of IOP revealed that RGC death was significant in the mid-peripheral and peripheral retina, mainly in the temporal quadrants of both retinal regions. Moreover the mean soma area of remaining RGCs was observed to increase and we found a greater loss of large RGCs in the mid-peripheral and peripheral retina. We conclude that the pattern of RGC death induced in the pig retina by episcleral vein cauterisation resembles that found in human glaucoma. On the basis of this study, the pig retina may be considered as a suitable model for glaucoma-related studies, based on its similarity with human and on its affordability.