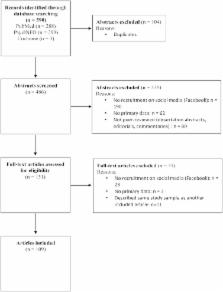 Recruiting participants is a challenge for many health, medical and psychosocial research projects. One tool more frequently being used to improve recruitment is the social networking website Facebook. A systematic review was conducted to identify studies that have used Facebook to recruit participants of all ages, to any psychosocial, health or medical research. 110 unique studies that used Facebook as a recruitment source were included in the review. The majority of studies used a cross-sectional design (80%) and addressed a physical health or disease issue (57%). Half (49%) of the included studies reported specific details of the Facebook recruitment process. Researchers paid between $1.36 and $110 per completing participants (Mean = $17.48, SD = $23.06). Among studies that examined the representativeness of their sample, the majority concluded (86%) their Facebook-recruited samples were similarly representative of samples recruited via traditional methods. These results indicate that Facebook is an effective and cost-efficient recruitment method. Researchers should consider their target group, advertisement wording, offering incentives and no-cost methods of recruitment when considering Facebook as a recruitment source. It is hoped this review will assist researchers to make decisions regarding the use of Facebook as a recruitment tool in future research.

Separate but equal? A comparison of participants and data gathered via Amazon’s MTurk, social media, and face-to-face behavioral testing

Yeshe Fenner,  Suzanne Garland,  Elya Moore … (2012)
Background Recruitment of young people for health research by traditional methods has become more expensive and challenging over recent decades. The Internet presents an opportunity for innovative recruitment modalities. Objective To assess the feasibility of recruiting young females using targeted advertising on the social networking site Facebook. Methods We placed an advertisement on Facebook from May to September 2010, inviting 16- to 25-year-old females from Victoria, Australia, to participate in a health study. Those who clicked on the advertisement were redirected to the study website and were able to express interest by submitting their contact details online. They were contacted by a researcher who assessed eligibility and invited them to complete a health-related survey, which they could do confidentially and securely either at the study site or remotely online. Results A total of 551 females responded to the advertisement, of whom 426 agreed to participate, with 278 completing the survey (139 at the study site and 139 remotely). Respondents’ age distribution was representative of the target population, while 18- to 25-year-olds were more likely to be enrolled in the study and complete the survey than 16- to 17-year-olds (prevalence ratio = 1.37, 95% confidence interval 1.05–1.78, P = .02). The broad geographic distribution (major city, inner regional, and outer regional/remote) and socioeconomic profile of participants matched the target population. Predictors of participation were older age, higher education level, and higher body mass index. Average cost in advertising fees per compliant participant was US $20, making this highly cost effective. Conclusions Results demonstrate the potential of using modern information and communication technologies to engage young women in health research and penetrate into nonurban communities. The success of this method has implications for future medical and population research in this and other demographics.

Danielle Ramo,  Judith Prochaska (2012)
Background Studies of tobacco use and other health behaviors have reported great challenges in recruiting young adults. Social media is widely used by young adults in the United States and represents a potentially fast, affordable method of recruiting study participants for survey research. Objective The present study examined Facebook as a mechanism to reach and survey young adults about tobacco and other substance use. Methods Participants were cigarette users, age 18-25 years old, living throughout the United States and recruited through Facebook to complete a survey about tobacco and other substance use. Paid advertising using Facebook’s Ad program over 13 months from 2010 Feb 28 to 2011 Apr 4 targeted by age (18-25), location (United States or California), language (English), and tobacco- and/or marijuana-related keywords. Facebook approved all ads. Results The campaign used 20 ads, which generated 28,683,151 impressions, yielding 14,808 clicks (0.7% of targeted Facebook members), at an overall cost of $6,628.24. The average cost per click on an ad was $0.45. The success of individual ads varied widely. There was a rise in both clicks and impressions as the campaign grew. However, the peak for clicks was 3 months before the peak for ad impressions. Of the 69,937,080 accounts for those age 18-25 in the United States, Facebook estimated that 2.8% (n = 1,980,240) were reached through tobacco and marijuana keywords. Our campaign yielded 5237 signed consents (35.4% of clicks), of which 3093 (59%) met criteria, and 1548 (50% of those who met criteria) completed the survey. The final cost per valid completed survey was $4.28. The majority of completed surveys came from whites (69%) and males (72%). The sample averaged 8.9 cigarettes per day (SD 7.5), 3.8 years of smoking (SD 2.9), with a median of 1 lifetime quit attempts; 48% did not intend to quit smoking in the next 6 months. Conclusions Despite wide variety in the success of individual ads and potential concerns about sample representativeness, Facebook was a useful, cost-effective recruitment source for young-adult smokers to complete a survey about the use of tobacco and other substances. The current findings support Facebook as a viable recruitment option for assessment of health behavior in young adults.