Tungiasis—A Neglected Disease with Many Challenges for Global Public Health 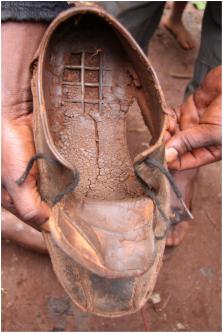 One health: the importance of companion animal vector-borne diseases

Michael J Day (2011)
The international prominence accorded the 'One Health' concept of co-ordinated activity of those involved in human and animal health is a modern incarnation of a long tradition of comparative medicine, with roots in the ancient civilizations and a golden era during the 19th century explosion of knowledge in the field of infectious disease research. Modern One Health tends to focus on zoonotic pathogens emerging from wildlife and production animal species, but one of the most significant One Health challenges is rabies for which there is a canine reservoir. This review considers the role of small companion animals in One Health and specifically addresses the major vector-borne infectious diseases that are shared by man, dogs and cats. The most significant of these are leishmaniosis, borreliosis, bartonellosis, ehrlichiosis, rickettsiosis and anaplasmosis. The challenges that lie ahead in this field of One Health are discussed, together with the role of the newly formed World Small Animal Veterinary Association One Health Committee.

Investigations on the biology, epidemiology, pathology and control of Tunga penetrans in Brazil: I. Natural history of tungiasis in man.

Oliver Meckes,  Linda Franck,  Jorg Heukelbach … (2003)
Tungiasis is an important health problem in poor communities in Brazil and is associated with severe morbidity, particularly in children. The causative agent, the female flea Tunga penetrans, burrows into the skin of its host, where it develops, produces eggs and eventually dies. From the beginning of the penetration to the elimination of the carcass of the ectoparasite by skin repair mechanisms, the whole process takes 4-6 weeks. The present study is based on specimens from 86 patients, for some of whom the exact time of penetration was known. Lesions were photographed, described in detail and biopsied. Biopsies were examined histologically and by means of scanning electron microscopy (SEM). Based on clinical, SEM and histological findings, the "Fortaleza classification" was elaborated. This allows the natural history of tungiasis to be divided into five stages: (1) the penetration phase, (2) the phase of beginning hypertrophy, (3) the white halo phase, (4) the involution phase and (5) residues in the host's skin. Based on morphological and functional criteria, stages 3 and 4 are divided into further substages. The proposed Fortaleza classification can be used for clinical and epidemiological purposes. It allows a more precise diagnosis, enables the assessment of chemotherapeutic approaches and helps to evaluate control measures at the community level.

Jorg Heukelbach,  M Eisele,  Hermann Feldmeier … (2003)
Tungiasis is caused by infestation with the sand flea (Tunga penetrans). This ectoparasitosis is endemic in economically depressed communities in South American and African countries. Tungiasis is usually considered an entomologic nuisance and does not receive much attention from healthcare professionals. During a study on tungiasis-related disease in an economically depressed area in Fortaleza, northeast Brazil, we identified 16 persons infested with an extremely high number of parasites. These patients had >50 lesions each and showed signs of intense acute and chronic inflammation. Superinfection of the lesions had led to pustule formation, suppuration, and ulceration. Debilitating sequelae, such as loss of nails and difficulty in walking, were constant. In economically depressed urban neighborhoods characterized by a high transmission potential, poor housing conditions, social neglect, and inadequate healthcare behavior, tungiasis may develop into severe disease.

¶ Membership of The International Expert Group for Tungiasis is provided in the Acknowledgments.

The authors have indicated that no specific funding was received for this work.