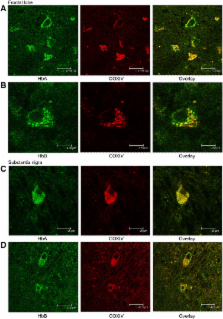 Author(s): Freya Shephard a , Oliver Greville-Heygate a , Oliver Marsh a , Susan Anderson b , Lisa Chakrabarti a , *

Appearances can be deceiving: phenotypes of knockout mice.

Ivana Barbaric,  Daniel G. Miller,  T. Dear (2007)
In the field of mammalian functional genomics, one of the main aims in the post-genomic era is to elucidate the function of all genes in the genome. The powerful technology of gene targeting in embryonic stem cells has enabled the simple generation of mice lacking a specific gene. However, it is evident that in a proportion of such knockout mice no deviation in phenotype could be detected. Advancements in the field of mouse phenotyping and use of extensive phenotyping tests on each knockout showed that abnormal phenotypes were sometimes detected in physiological areas where they were not initially anticipated, or only manifested under certain conditions, emphasizing the need for careful phenotypic investigation. Nevertheless, the effect of some genes became evident only upon inactivation of another gene, pointing to the phenomenon of biological robustness. Unlike in yeast, this phenomenon has not yet been analysed systematically in the mouse. In this review, we present examples of mouse knockouts that lend support to the concept of robustness, discuss the mechanisms by which it may have evolved, as well as speculate on the reasons for its evolution.

Courtney M. Peterson,  Darcy L. Johannsen,  Eric Ravussin (2012)
Aging is characterized by a progressive loss of muscle mass and muscle strength. Declines in skeletal muscle mitochondria are thought to play a primary role in this process. Mitochondria are the major producers of reactive oxygen species, which damage DNA, proteins, and lipids if not rapidly quenched. Animal and human studies typically show that skeletal muscle mitochondria are altered with aging, including increased mutations in mitochondrial DNA, decreased activity of some mitochondrial enzymes, altered respiration with reduced maximal capacity at least in sedentary individuals, and reduced total mitochondrial content with increased morphological changes. However, there has been much controversy over measurements of mitochondrial energy production, which may largely be explained by differences in approach and by whether physical activity is controlled for. These changes may in turn alter mitochondrial dynamics, such as fusion and fission rates, and mitochondrially induced apoptosis, which may also lead to net muscle fiber loss and age-related sarcopenia. Fortunately, strategies such as exercise and caloric restriction that reduce oxidative damage also improve mitochondrial function. While these strategies may not completely prevent the primary effects of aging, they may help to attenuate the rate of decline.