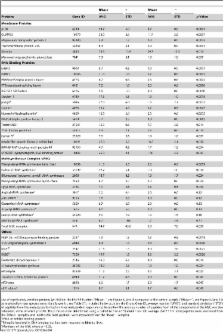 The localization of many secretory mRNAs to the endoplasmic reticulum does not require ribosomes or translation, but is instead promoted by p180, an abundant, membrane-bound protein that likely binds directly to mRNA.

In metazoans, the majority of mRNAs coding for secreted and membrane-bound proteins are translated on the surface of the endoplasmic reticulum (ER). Although the targeting of these transcripts to the surface of the ER can be mediated by the translation of a signal sequence and their maintenance is mediated by interactions between the ribosome and the translocon, it is becoming increasingly clear that additional ER-localization pathways exist. Here we demonstrate that many of these mRNAs can be targeted to, and remain associated with, the ER independently of ribosomes and translation. Using a mass spectrometry analysis of proteins that associate with ER-bound polysomes, we identified putative mRNA receptors that may mediate this alternative mechanism, including p180, an abundant, positively charged membrane-bound protein. We demonstrate that p180 over-expression can enhance the association of generic mRNAs with the ER. We then show that p180 contains a lysine-rich region that can directly interact with RNA in vitro. Finally, we demonstrate that p180 is required for the efficient ER-anchoring of bulk poly(A) and of certain transcripts, such as placental alkaline phosphatase and calreticulin, to the ER. In summary, we provide, to our knowledge, the first mechanistic details for an alternative pathway to target and maintain mRNA at the ER. It is likely that this alternative pathway not only enhances the fidelity of protein sorting, but also localizes mRNAs to various subdomains of the ER and thus contributes to cellular organization.

Messenger RNAs (mRNAs) that encode secreted or membrane-bound proteins must be delivered to, and then maintained on, the surface of the endoplasmic reticulum (ER). These mRNAs encode a short polypeptide that targets the mRNA/ribosome/nascent protein complexes to the ER surface during translation; however, recent studies support the existence of additional ER-localization signals that might be present within the mRNA molecules themselves. Here, we demonstrate that a fraction of these mRNAs, whose encoded proteins are destined for secretion, contain information that targets and anchors them to the ER independently of their encoded polypeptide or their association to ribosomes. We identify proteins on the ER that may serve as receptors for these mRNAs. We then show that one of these candidate membrane-bound receptors, p180, is required for the maintenance of certain mRNAs on the surface of the ER even after their translation into protein is disrupted. We also demonstrate that p180 contains a region that binds directly to RNA and likely mediates the anchoring of mRNA to the ER. Our study thus provides the first mechanistic details of an alternative pathway used to ensure that secretory mRNAs, and their encoded proteins, reach their proper destination in the ER.

Eric Lecuyer,  Hideki Yoshida,  Neela Parthasarathy … (2007)
Although subcellular mRNA trafficking has been demonstrated as a mechanism to control protein distribution, it is generally believed that most protein localization occurs subsequent to translation. To address this point, we developed and employed a high-resolution fluorescent in situ hybridization procedure to comprehensively evaluate mRNA localization dynamics during early Drosophila embryogenesis. Surprisingly, of the 3370 genes analyzed, 71% of those expressed encode subcellularly localized mRNAs. Dozens of new and striking localization patterns were observed, implying an equivalent variety of localization mechanisms. Tight correlations between mRNA distribution and subsequent protein localization and function, indicate major roles for mRNA localization in nucleating localized cellular machineries. A searchable web resource documenting mRNA expression and localization dynamics has been established and will serve as an invaluable tool for dissecting localization mechanisms and for predicting gene functions and interactions.

Publisher ID: PBIOLOGY-D-11-02890
DOI: 10.1371/journal.pbio.1001336
PMC ID: 3362647
PubMed ID: 22679391
Copyright statement: Cui et al. This is an open-access article distributed under the terms of the Creative Commons Attribution License, which permits unrestricted use, distribution, and reproduction in any medium, provided the original author and source are credited.