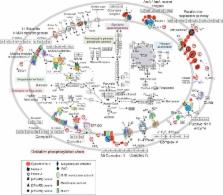 Microorganisms in the subsurface represent a substantial but poorly understood component of the Earth’s biosphere. Subsurface environments are complex and difficult to characterize; thus, their microbiota have remained as a ‘dark matter’ of the carbon and other biogeochemical cycles. Here we deeply sequence two sediment-hosted microbial communities from an aquifer adjacent to the Colorado River, CO, USA. No single organism represents more than ~1% of either community. Remarkably, many bacteria and archaea in these communities are novel at the phylum level or belong to phyla lacking a sequenced representative. The dominant organism in deeper sediment, RBG-1, is a member of a new phylum. On the basis of its reconstructed complete genome, RBG-1 is metabolically versatile. Its wide respiration-based repertoire may enable it to respond to the fluctuating redox environment close to the water table. We document extraordinary microbial novelty and the importance of previously unknown lineages in sediment biogeochemical transformations. 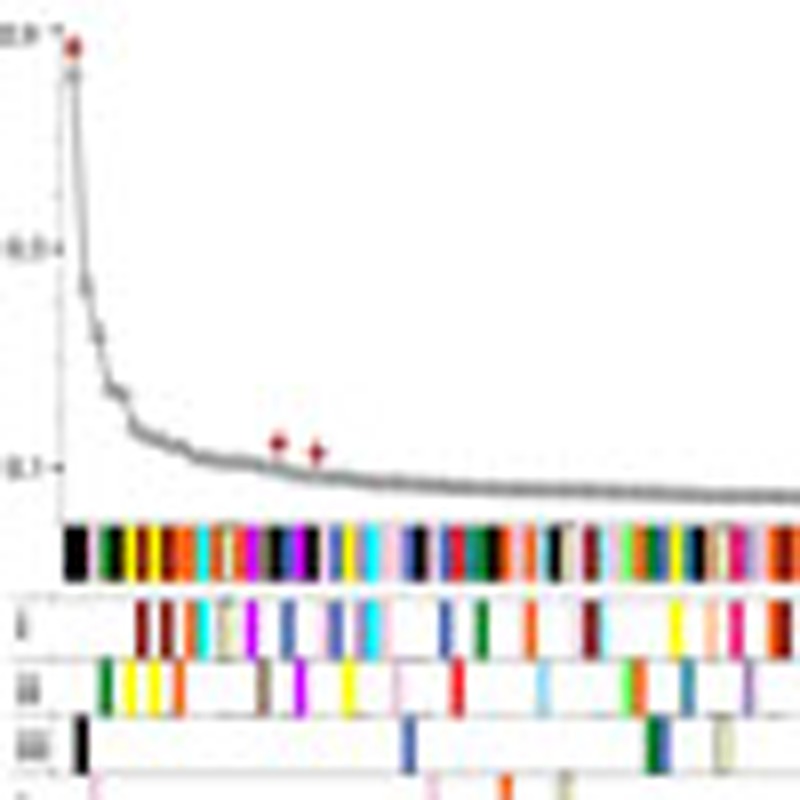 Turnover of sediment organic matter contributes to global carbon cycling, yet the microorganisms involved are largely unknown. Castelle et al. reveal that an aquifer sediment core hosts a ‘zoo’ of organisms, including representatives of a previously undescribed phylum (Zixibacteria).

Baris Suzek,  Hongzhan Huang,  Hongyu Wu … (2007)
Redundant protein sequences in biological databases hinder sequence similarity searches and make interpretation of search results difficult. Clustering of protein sequence space based on sequence similarity helps organize all sequences into manageable datasets and reduces sampling bias and overrepresentation of sequences. The UniRef (UniProt Reference Clusters) provide clustered sets of sequences from the UniProt Knowledgebase (UniProtKB) and selected UniProt Archive records to obtain complete coverage of sequence space at several resolutions while hiding redundant sequences. Currently covering >4 million source sequences, the UniRef100 database combines identical sequences and subfragments from any source organism into a single UniRef entry. UniRef90 and UniRef50 are built by clustering UniRef100 sequences at the 90 or 50% sequence identity levels. UniRef100, UniRef90 and UniRef50 yield a database size reduction of approximately 10, 40 and 70%, respectively, from the source sequence set. The reduced redundancy increases the speed of similarity searches and improves detection of distant relationships. UniRef entries contain summary cluster and membership information, including the sequence of a representative protein, member count and common taxonomy of the cluster, the accession numbers of all the merged entries and links to rich functional annotation in UniProtKB to facilitate biological discovery. UniRef has already been applied to broad research areas ranging from genome annotation to proteomics data analysis. UniRef is updated biweekly and is available for online search and retrieval at http://www.uniprot.org, as well as for download at ftp://ftp.uniprot.org/pub/databases/uniprot/uniref. Supplementary data are available at Bioinformatics online.

Pascal Benkert,  Lorenza Bordoli,  Konstantin Arnold … (2008)
Homology modeling aims to build three-dimensional protein structure models using experimentally determined structures of related family members as templates. SWISS-MODEL workspace is an integrated Web-based modeling expert system. For a given target protein, a library of experimental protein structures is searched to identify suitable templates. On the basis of a sequence alignment between the target protein and the template structure, a three-dimensional model for the target protein is generated. Model quality assessment tools are used to estimate the reliability of the resulting models. Homology modeling is currently the most accurate computational method to generate reliable structural models and is routinely used in many biological applications. Typically, the computational effort for a modeling project is less than 2 h. However, this does not include the time required for visualization and interpretation of the model, which may vary depending on personal experience working with protein structures.

Matthew B. Thomas,  Nathan Verberkmoes,  Robert Hettich … (2012)
BD1-5, OP11, and OD1 bacteria have been widely detected in anaerobic environments, but their metabolisms remain unclear owing to lack of cultivated representatives and minimal genomic sampling. We uncovered metabolic characteristics for members of these phyla, and a new lineage, PER, via cultivation-independent recovery of 49 partial to near-complete genomes from an acetate-amended aquifer. All organisms were nonrespiring anaerobes predicted to ferment. Three augment fermentation with archaeal-like hybrid type II/III ribulose-1,5-bisphosphate carboxylase-oxygenase (RuBisCO) that couples adenosine monophosphate salvage with CO(2) fixation, a pathway not previously described in Bacteria. Members of OD1 reduce sulfur and may pump protons using archaeal-type hydrogenases. For six organisms, the UGA stop codon is translated as tryptophan. All bacteria studied here may play previously unrecognized roles in hydrogen production, sulfur cycling, and fermentation of refractory sedimentary carbon.