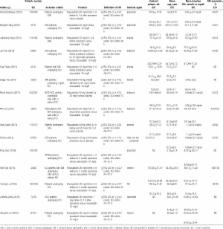 The prophylactic efficacy of statin pretreatment for the prevention of contrast-induced nephropathy (CIN) in patients undergoing coronary angiography (CAG) or percutaneous coronary intervention (PCI) remains controversial. The aim of the study was to perform a meta-analysis of randomized controlled trials (RCTs) to assess the effectiveness of short-term moderate or high-dose rosuvastatin pretreatment in preventing CIN.

Peter A. McCullough (2008)
Cardiac angiography and coronary/vascular interventions depend on iodinated contrast media and consequently pose the risk of contrast-induced acute kidney injury (AKI). This is an important complication that accounts for a significant number of cases of hospital-acquired renal failure, with adverse effects on prognosis and health care costs. The epidemiology and pathogenesis of contrast-induced AKI, baseline renal function measurement, risk assessment, identification of high-risk patients, contrast medium use, and preventive strategies are discussed in this report. An advanced algorithm is suggested for the risk stratification and management of contrast-induced AKI as it relates to patients undergoing cardiovascular procedures. Contrast-induced AKI is likely to remain a significant challenge for cardiologists in the future because the patient population is aging and chronic kidney disease and diabetes are becoming more common.

Pontus B. Persson,  Peter Hansell,  Per-Erik Liss (2005)
Contrast medium-induced nephropathy (CIN) is a well-known cause of acute renal failure, but the development of CIN remains poorly understood. A number of studies have been performed with the one aim, to shed some light onto the pathophysiology of CIN. These have led to manifold interpretations and sometimes contradicting conclusions. This review critically surveys mechanisms believed to mediate CIN by highlighting the complex pathophysiologic entity, including altered rheologic properties, perturbation of renal hemodynamics, regional hypoxia, auto- and paracrine factors [adenosine, endothelin, and reactive oxygen species (ROS)], and direct cytotoxic effects. Moreover, the importance of physicochemical properties of contrast media are made clear. The more recently developed iso-osmolar contrast media are dimers, not monomers as the widely used nonionic low osmolar contrast media. The dimers have physicochemical features different from other contrast media which may be of clinical importance, not only with respect to osmolality. The viscosity of the commercially available dimers is considerably higher than blood. Many experimental studies provide evidence for a greater perturbation in renal functions by dimeric contrast media in comparison to nonionic monomeric contrast media. Clinical trials have yielded conflicting results.