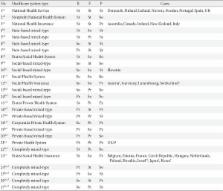 The National Health Insurance Service (NHIS) recently signed an agreement to provide limited open access to the databases within the Korean Diabetes Association for the benefit of Korean subjects with diabetes. Here, we present the history, structure, contents, and way to use data procurement in the Korean National Health Insurance (NHI) system for the benefit of Korean researchers.

The NHIS in Korea is a single-payer program and is mandatory for all residents in Korea. The three main healthcare programs of the NHI, Medical Aid, and long-term care insurance (LTCI) provide 100% coverage for the Korean population. The NHIS in Korea has adopted a fee-for-service system to pay health providers. Researchers can obtain health information from the four databases of the insured that contain data on health insurance claims, health check-ups and LTCI.

Metabolic disease as chronic disease is increasing with aging society. NHIS data is based on mandatory, serial population data, so, this might show the time course of disease and predict some disease progress, and also be used in primary and secondary prevention of disease after data mining.

Soonman Kwon (2008)
South Korea introduced mandatory social health insurance for industrial workers in large corporations in 1977, and extended it incrementally to the self-employed until it covered the entire population in 1989. Thirty years of national health insurance in Korea can provide valuable lessons on key issues in health care financing policy which now face many low- and middle-income countries aiming to achieve universal health care coverage, such as: tax versus social health insurance; population and benefit coverage; single scheme versus multiple schemes; purchasing and provider payment method; and the role of politics and political commitment. National health insurance in Korea has been successful in mobilizing resources for health care, rapidly extending population coverage, effectively pooling public and private resources to purchase health care for the entire population, and containing health care expenditure. However, there are also challenges posed by the dominance of private providers paid by fee-for-service, the rapid aging of the population, and the public-private mix related to private health insurance.