Applications of the FIV Model to Study HIV Pathogenesis 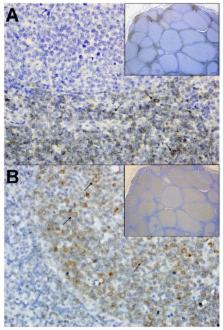 Feline immunodeficiency virus (FIV) is a naturally-occurring retrovirus that infects domestic and non-domestic feline species, producing progressive immune depletion that results in an acquired immunodeficiency syndrome (AIDS). Much has been learned about FIV since it was first described in 1987, particularly in regard to its application as a model to study the closely related lentivirus, human immunodeficiency virus (HIV). In particular, FIV and HIV share remarkable structure and sequence organization, utilize parallel modes of receptor-mediated entry, and result in a similar spectrum of immunodeficiency-related diseases due to analogous modes of immune dysfunction. This review summarizes current knowledge of FIV infection kinetics and the mechanisms of immune dysfunction in relation to opportunistic disease, specifically in regard to studying HIV pathogenesis. Furthermore, we present data that highlight changes in the oral microbiota and oral immune system during FIV infection, and outline the potential for the feline model of oral AIDS manifestations to elucidate pathogenic mechanisms of HIV-induced oral disease. Finally, we discuss advances in molecular biology, vaccine development, neurologic dysfunction, and the ability to apply pharmacologic interventions and sophisticated imaging technologies to study experimental and naturally occurring FIV, which provide an excellent, but often overlooked, resource for advancing therapies and the management of HIV/AIDS.

Alexander Berger,  Michael P. Murphy,  Nicholas Farber (1998)
In addition to CD4, the human immunodeficiency virus (HIV) requires a coreceptor for entry into target cells. The chemokine receptors CXCR4 and CCR5, members of the G protein-coupled receptor superfamily, have been identified as the principal coreceptors for T cell line-tropic and macrophage-tropic HIV-1 isolates, respectively. The updated coreceptor repertoire includes numerous members, mostly chemokine receptors and related orphans. These discoveries provide a new framework for understanding critical features of the basic biology of HIV-1, including the selective tropism of individual viral variants for different CD4+ target cells and the membrane fusion mechanism governing virus entry. The coreceptors also provide molecular perspectives on central puzzles of HIV-1 disease, including the selective transmission of macrophage-tropic variants, the appearance of T cell line-tropic variants in many infected persons during progression to AIDS, and differing susceptibilities of individuals to infection and disease progression. Genetic findings have yielded major insights into the in vivo roles of individual coreceptors and their ligands; of particular importance is the discovery of an inactivating mutation in the CCR5 gene which, in homozygous form, confers strong resistance to HIV-1 infection. Beyond providing new perspectives on fundamental aspects of HIV-1 transmission and pathogenesis, the coreceptors suggest new avenues for developing novel therapeutic and preventative strategies to combat the AIDS epidemic.

Protective effects of a live attenuated SIV vaccine with a deletion in the nef gene.

R Desrosiers,  F Kirchhoff,  D. K. Sehgal … (1992)
Vaccine protection against the human immunodeficiency virus (HIV) and the related simian immunodeficiency virus (SIV) in animal models is proving to be a difficult task. The difficulty is due in large part to the persistent, unrelenting nature of HIV and SIV infection once infection is initiated. SIV with a constructed deletion in the auxiliary gene nef replicates poorly in rhesus monkeys and appears to be nonpathogenic in this normally susceptible host. Rhesus monkeys vaccinated with live SIV deleted in nef were completely protected against challenge by intravenous inoculation of live, pathogenic SIV. Deletion of nef or of multiple genetic elements from HIV may provide the means for creating a safe, effective, live attenuated vaccine to protect against acquired immunodeficiency syndrome (AIDS).