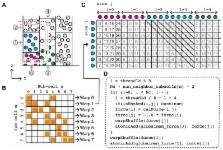 Molecular dynamics (MD) is a promising computational approach to investigate dynamical behavior of molecular systems at the atomic level. Here, we present a new MD simulation engine named “myPresto/omegagene” that is tailored for enhanced conformational sampling methods with a non-Ewald electrostatic potential scheme. Our enhanced conformational sampling methods, e.g., the virtual-system-coupled multi-canonical MD (V-McMD) method, replace a multi-process parallelized run with multiple independent runs to avoid inter-node communication overhead. In addition, adopting the non-Ewald-based zero-multipole summation method (ZMM) makes it possible to eliminate the Fourier space calculations altogether. The combination of these state-of-the-art techniques realizes efficient and accurate calculations of the conformational ensemble at an equilibrium state. By taking these advantages, myPresto/omegagene is specialized for the single process execution with Graphics Processing Unit (GPU). We performed benchmark simulations for the 20-mer peptide, Trp-cage, with explicit solvent. One of the most thermodynamically stable conformations generated by the V-McMD simulation is very similar to an experimentally solved native conformation. Furthermore, the computation speed is four-times faster than that of our previous simulation engine, myPresto/psygene-G. The new simulator, myPresto/omegagene, is freely available at the following URLs: http://www.protein.osaka-u.ac.jp/rcsfp/pi/omegagene/ and http://presto.protein.osaka-u.ac.jp/myPresto4/.

Kresten Lindorff-Larsen,  Stefano Piana,  Kim Palmo … (2010)
Recent advances in hardware and software have enabled increasingly long molecular dynamics (MD) simulations of biomolecules, exposing certain limitations in the accuracy of the force fields used for such simulations and spurring efforts to refine these force fields. Recent modifications to the Amber and CHARMM protein force fields, for example, have improved the backbone torsion potentials, remedying deficiencies in earlier versions. Here, we further advance simulation accuracy by improving the amino acid side-chain torsion potentials of the Amber ff99SB force field. First, we used simulations of model alpha-helical systems to identify the four residue types whose rotamer distribution differed the most from expectations based on Protein Data Bank statistics. Second, we optimized the side-chain torsion potentials of these residues to match new, high-level quantum-mechanical calculations. Finally, we used microsecond-timescale MD simulations in explicit solvent to validate the resulting force field against a large set of experimental NMR measurements that directly probe side-chain conformations. The new force field, which we have termed Amber ff99SB-ILDN, exhibits considerably better agreement with the NMR data. Proteins 2010. © 2010 Wiley-Liss, Inc.

In Joung,  Thomas E. Cheatham (2008)
Alkali (Li+, Na+, K+, Rb+, and Cs+) and halide (F−, Cl−, Br−, and I−) ions play an important role in many biological phenomena, roles that range from stabilization of biomolecular structure, to influence on biomolecular dynamics, to key physiological influence on homeostasis and signaling. To properly model ionic interaction and stability in atomistic simulations of biomolecular structure, dynamics, folding, catalysis, and function, an accurate model or representation of the monovalent ions is critically necessary. A good model needs to simultaneously reproduce many properties of ions, including their structure, dynamics, solvation, and moreover both the interactions of these ions with each other in the crystal and in solution and the interactions of ions with other molecules. At present, the best force fields for biomolecules employ a simple additive, nonpolarizable, and pairwise potential for atomic interaction. In this work, we describe our efforts to build better models of the monovalent ions within the pairwise Coulombic and 6-12 Lennard-Jones framework, where the models are tuned to balance crystal and solution properties in Ewald simulations with specific choices of well-known water models. Although it has been clearly demonstrated that truly accurate treatments of ions will require inclusion of nonadditivity and polarizability (particularly with the anions) and ultimately even a quantum mechanical treatment, our goal was to simply push the limits of the additive treatments to see if a balanced model could be created. The applied methodology is general and can be extended to other ions and to polarizable force-field models. Our starting point centered on observations from long simulations of biomolecules in salt solution with the AMBER force fields where salt crystals formed well below their solubility limit. The likely cause of the artifact in the AMBER parameters relates to the naive mixing of the Smith and Dang chloride parameters with AMBER-adapted Åqvist cation parameters. To provide a more appropriate balance, we reoptimized the parameters of the Lennard-Jones potential for the ions and specific choices of water models. To validate and optimize the parameters, we calculated hydration free energies of the solvated ions and also lattice energies (LE) and lattice constants (LC) of alkali halide salt crystals. This is the first effort that systematically scans across the Lennard-Jones space (well depth and radius) while balancing ion properties like LE and LC across all pair combinations of the alkali ions and halide ions. The optimization across the entire monovalent series avoids systematic deviations. The ion parameters developed, optimized, and characterized were targeted for use with some of the most commonly used rigid and nonpolarizable water models, specifically TIP3P, TIP4PEW, and SPC/E. In addition to well reproducing the solution and crystal properties, the new ion parameters well reproduce binding energies of the ions to water and the radii of the first hydration shells.

Romelia Salomon-Ferrer,  Andreas Götz,  Duncan Poole … (2013)
We present an implementation of explicit solvent all atom classical molecular dynamics (MD) within the AMBER program package that runs entirely on CUDA-enabled GPUs. First released publicly in April 2010 as part of version 11 of the AMBER MD package and further improved and optimized over the last two years, this implementation supports the three most widely used statistical mechanical ensembles (NVE, NVT, and NPT), uses particle mesh Ewald (PME) for the long-range electrostatics, and runs entirely on CUDA-enabled NVIDIA graphics processing units (GPUs), providing results that are statistically indistinguishable from the traditional CPU version of the software and with performance that exceeds that achievable by the CPU version of AMBER software running on all conventional CPU-based clusters and supercomputers. We briefly discuss three different precision models developed specifically for this work (SPDP, SPFP, and DPDP) and highlight the technical details of the approach as it extends beyond previously reported work [Götz et al., J. Chem. Theory Comput. 2012, DOI: 10.1021/ct200909j; Le Grand et al., Comp. Phys. Comm. 2013, DOI: 10.1016/j.cpc.2012.09.022].We highlight the substantial improvements in performance that are seen over traditional CPU-only machines and provide validation of our implementation and precision models. We also provide evidence supporting our decision to deprecate the previously described fully single precision (SPSP) model from the latest release of the AMBER software package.