Antiemetic treatment for acute gastroenteritis in children: an updated Cochrane systematic review with meta-analysis and mixed treatment comparison in a Bayesian framework 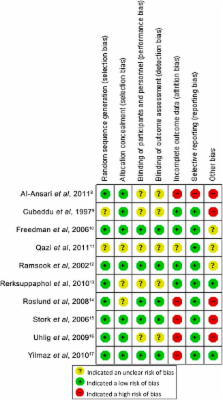 To assess the evidence for the safety and effectiveness of antiemetics on gastroenteritis-induced vomiting in children and adolescents.

The Cochrane Central Register of Controlled Trials, MEDLINE and EMBASE searched from 1980 to March 2012.

Reference lists were checked, and missing or inconsistent data were sought from trial investigators. Randomised controlled trials comparing antiemetics in participants younger than 18 years and who were vomiting due to acute gastroenteritis. Four meta-analyses and three MTC were carried out.

10 trials (1479 participants) and five treatments were included: dexamethasone, dimenhydrinate, granisetron, metoclopramide and ondansetron. There was clear evidence that ondansetron (oral or intravenous) compared with placebo increased the proportion of patients with cessation of vomiting (orally administered) (RR 1.44, 95% CI 1.29 to 1.61), reduced the immediate hospital admission rate (orally administered) (RR 0.40, 95% CI 0.19 to 0.83) and the need for intravenous rehydration therapy (orally administered) (RR 0.41, 95% CI 0.29 to 0.59). No significant difference was noted in the revisit rates, but ondansetron was associated with an increase in episodes of diarrhoea. There was no evidence for the use of dexamethasone or metoclopramide and limited evidence that dimenhydrinate or granisetron increased the cessation of vomiting. The MTC analysis suggested that ondansetron was the most likely treatment to stop the child vomiting. Nine studies were carried out in secondary care and one in primary care.

This systematic review used a method novel to this clinical area and found clear evidence that ondansetron was the most likely treatment to allow oral rehydration therapy to commence. Given the significance of these results, the authors urge healthcare policy makers to consider the wider use of ondansetron in secondary care. Furthermore, randomised controlled trials are needed to investigate the effectiveness of antiemetic treatment in primary care (including ambulatory care interventions).

Strengths and limitations of this study

Oral ondansetron for gastroenteritis in a pediatric emergency department.

Stephen B. Freedman,  Mark Adler,  Roopa Seshadri … (2006)
Vomiting limits the success of oral rehydration in children with gastroenteritis. We conducted a double-blind trial to determine whether a single oral dose of ondansetron, an antiemetic, would improve outcomes in children with gastroenteritis. We enrolled 215 children 6 months through 10 years of age who were treated in a pediatric emergency department for gastroenteritis and dehydration. After being randomly assigned to treatment with orally disintegrating ondansetron tablets or placebo, the children received oral-rehydration therapy according to a standardized protocol. The primary outcome was the proportion who vomited while receiving oral rehydration. The secondary outcomes were the number of episodes of vomiting and the proportions who were treated with intravenous rehydration or hospitalized. As compared with children who received placebo, children who received ondansetron were less likely to vomit (14 percent vs. 35 percent; relative risk, 0.40; 95 percent confidence interval, 0.26 to 0.61), vomited less often (mean number of episodes per child, 0.18 vs. 0.65; P<0.001), had greater oral intake (239 ml vs. 196 ml, P=0.001), and were less likely to be treated by intravenous rehydration (14 percent vs. 31 percent; relative risk, 0.46; 95 percent confidence interval, 0.26 to 0.79). Although the mean length of stay in the emergency department was reduced by 12 percent in the ondansetron group, as compared with the placebo group (P=0.02), the rates of hospitalization (4 percent and 5 percent, respectively; P=1.00) and of return visits to the emergency department (19 percent and 22 percent, P=0.73) did not differ significantly between groups. In children with gastroenteritis and dehydration, a single dose of oral ondansetron reduces vomiting and facilitates oral rehydration and may thus be well suited for use in the emergency department. Copyright 2006 Massachusetts Medical Society.

A population-based estimate of the burden of diarrhoeal illness in the United States: FoodNet, 1996-7.

This review is an abridged version of a Cochrane Review previously published in the Cochrane Database of Systematic Reviews 2011, Issue 9, doi: 20.1002/14651858.CD005506 (see http://www.thecochranelibrary.com for information). Cochrane Reviews are regularly updated as new evidence emerges and in response to feedback, and Cochrane Database of Systematic Reviews should be consulted for the most recent version of the review.