Potential Role of MRI Imaging for Myofascial Pain: A Scoping Review for the Clinicians and Theoretical Considerations 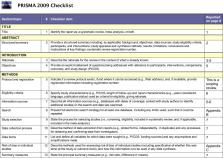 The most common cause of chronic musculoskeletal pain is chronic myofascial pain syndrome (MPS). MPS often presents with increased muscle stiffness, and the myofascial trigger point (MTrP). Imaging modalities have been used to identify the MTrP, but their role in the detection and diagnosis of MPS remains unclear. The purpose of this review was to identify evidence in literature for the use of imaging in the role of classifying and explaining the physiology of MTrPs. Since few imaging techniques have been performed on MTrPs, we explored the imaging techniques that can effectively image complex skeletal muscle microstructure, and how they could be used. As part of a scoping review, we conducted a systematic search from three medical databases (CINAHL, EMBASE and MEDLINE) from year to year to analyze past MTrP imaging, as well as analyzing imaging techniques performed on the microstructure of muscle. Previously, ultrasound has been used to differentiate active, latent MTrPs, but these studies do not adequately address their underlying anatomical structure. MRI remains the standard method of imaging skeletal muscle. The existing MRI literature suggests that the DTI technique can quantify muscle injury, strain, and structure. However, theoretically, HARDI and DKI techniques seem to provide more information for complex structural areas, although these modalities have a disadvantage of longer scan times and have not been widely used on skeletal muscle. Our review suggests that DTI is the most effective imaging modality that has been used to define the microstructure of muscle and hence, could be optimal to image the MTrP. HARDI and DKI are techniques with theoretical potential for analysis of muscle, which may provide more detailed information representative of finer muscle structural features. Future research utilizing MRI techniques to image muscle are necessary to provide a more robust means of imaging skeletal muscle and the MTrP.

H D’Arceuil,  Christine Benner,  W-F Tseng … (2008)
MRI tractography is the mapping of neural fiber pathways based on diffusion MRI of tissue diffusion anisotropy. Tractography based on diffusion tensor imaging (DTI) cannot directly image multiple fiber orientations within a single voxel. To address this limitation, diffusion spectrum MRI (DSI) and related methods were developed to image complex distributions of intravoxel fiber orientation. Here we demonstrate that tractography based on DSI has the capacity to image crossing fibers in neural tissue. DSI was performed in formalin-fixed brains of adult macaque and in the brains of healthy human subjects. Fiber tract solutions were constructed by a streamline procedure, following directions of maximum diffusion at every point, and analyzed in an interactive visualization environment (TrackVis). We report that DSI tractography accurately shows the known anatomic fiber crossings in optic chiasm, centrum semiovale, and brainstem; fiber intersections in gray matter, including cerebellar folia and the caudate nucleus; and radial fiber architecture in cerebral cortex. In contrast, none of these examples of fiber crossing and complex structure was identified by DTI analysis of the same data sets. These findings indicate that DSI tractography is able to image crossing fibers in neural tissue, an essential step toward non-invasive imaging of connectional neuroanatomy.

Funded by: No funding;
No funding was received for the preparation of the manuscript.