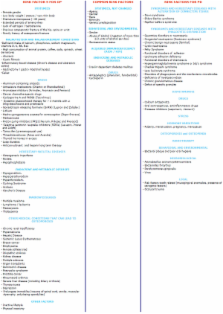 The association between osteoporosis and jawbones remains an argument of debate. Both osteoporosis and periodontal diseases are bone resorptive diseases; it has been hypothesized that osteoporosis could be a risk factor for the progression of periodontal disease and vice versa. Hypothetical models linking the two conditions exist: in particular, it is supposed that the osteoporosis-related bone mass density reduction may accelerate alveolar bone resorption caused by periodontitis, resulting in a facilitated periodontal bacteria invasion. Invading bacteria, in turn, may alter the normal homeostasis of bone tissue, increasing osteoclastic activity and reducing local and systemic bone density by both direct effects (release of toxins) and/or indirect mechanisms (release of inflammatory mediators). Current evidence provides conflicting results due to potential biases related to study design, samples size and endpoints. The aim of this article is to review and summarize the published literature on the associations between osteoporosis and different oral conditions such as bone loss in the jaws, periodontal diseases, and tooth loss. Further well-controlled studies are needed to better elucidate the inter-relationship between systemic and oral bone loss and to clarify whether dentists could usefully provide early warning for osteoporosis risk.

The relationship between bone mineral density and periodontitis in postmenopausal women.

R. Dunford,  M Tezal,  J. Wactawski-Wende … (2000)
Systemic bone loss has been proposed as a risk factor for periodontal disease; however, the relationship between these two diseases is still not clear. The objective of this study was to assess the relationship between systemic bone mineral density and periodontal disease, controlling for known confounders. The study population included 70 postmenopausal Caucasian women aged 51 to 78 (mean +/- SD: 62.10 +/- 7.1 years). Skeletal bone mineral density (BMD) was assessed by dual energy x-ray absorptiometry (DXA) at the neck, trochanter, intertrochanter, Ward's triangle, and total regions of the femur, and from the anterior-posterior view of the lumbar spine. Periodontal disease severity was represented by clinical attachment loss (CAL) and interproximal alveolar bone loss (ABL). Other measures of periodontal status included probing depth (PD), supragingival plaque, gingival bleeding on probing, and calculus. DXA and oral examinations were performed by calibrated examiners. Partial correlation coefficients (r) were obtained from multiple linear regression analysis adjusting for age, age at menopause, estrogen supplementation, cigarette smoking, body mass index, and supragingival plaque. Mean ABL was significantly correlated with BMD of the trochanter (r =- 0.27), Ward's triangle (r = -0.26), and total regions of the femur (r = -0.25). Mean CAL appeared to be related to BMD consistently at all regions of the skeleton, although the association did not reach statistical significance. We can conclude that skeletal BMD is related to interproximal alveolar bone loss and, to a lesser extent, to clinical attachment loss, implicating postmenopausal osteopenia as a risk indicator for periodontal disease in postmenopausal Caucasian women.

Comparison of mandibular bone in normal and osteoporotic women.

P Kribbs (1990)
This study compared dental findings in normal and osteoporotic women and evaluated the variables that best separated the two groups. The osteoporotic group had less mandibular bone mass and density and a thinner cortex at the gonion than the normal group. The osteoporotic group also had a greater percentage of subjects who were edentulous. In subjects who had natural teeth, there was greater tooth loss. No differences in periodontal measurements were found between osteoporotic and normal groups. Mandibular bone mass and the number of teeth were statistically most effective for separating the populations. However, considerable overlap was found between the osteoporotic and normal groups in all variables.

K. Patil,  R. Lee Reinhardt,  Mark Payne … (1998)
The purpose of this 2-year longitudinal clinical study was to investigate alveolar (oral) bone height and density changes in osteoporotic/osteopenic women compared with women with normal lumbar spine bone mineral density (BMD). Thirty-eight postmenopausal women completed this study; 21 women had normal BMD of the lumbar spine, while 17 women had osteoporosis or osteopenia of the lumbar spine at baseline. All subjects had a history of periodontitis and participated in 3- to 4-month periodontal maintenance programs. No subjects were current smokers. All patients were within 5 years of menopause at the start of the study. Four vertical bitewing radiographs of posterior sextants were taken at baseline and 2-year visits. Radiographs were examined using computer-assisted densitometric image analysis (CADIA) for changes in bone density at the crestal and subcrestal regions of interproximal bone. Changes in alveolar bone height were also measured. Radiographic data were analyzed by the t-test for two independent samples. Osteoporotic/osteopenic women exhibited a higher frequency of alveolar bone height loss (p<0.05) and crestal (p<0.025) and subcrestal (p<0.03) density loss relative to women with normal BMD. Estrogen deficiency was associated with increased frequency of alveolar bone crestal density loss in the osteoporotic/osteopenic women and in the overall study population (p<0.05). These data suggest that osteoporosis/osteopenia and estrogen deficiency are risk factors for alveolar bone density loss in postmenopausal women with a history of periodontitis.