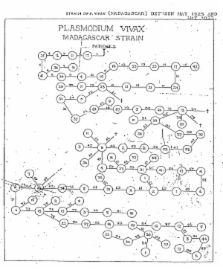 Plasmodium vivax is a major cause of febrile illness in endemic areas of Asia, Central and South America, and the horn of Africa. Plasmodium vivax infections are characterized by relapses of malaria arising from persistent liver stages of the parasite (hypnozoites) which can be prevented only by 8-aminoquinoline anti-malarials. Tropical P. vivax relapses at three week intervals if rapidly eliminated anti-malarials are given for treatment, whereas in temperate regions and parts of the sub-tropics P. vivax infections are characterized either by a long incubation or a long-latency period between illness and relapse - in both cases approximating 8-10 months. The epidemiology of the different relapse phenotypes has not been defined adequately despite obvious relevance to malaria control and elimination. The number of sporozoites inoculated by the anopheline mosquito is an important determinant of both the timing and the number of relapses. The intervals between relapses display a remarkable periodicity which has not been explained. Evidence is presented that the proportion of patients who have successive relapses is relatively constant and that the factor which activates hypnozoites and leads to regular interval relapse in vivax malaria is the systemic febrile illness itself. It is proposed that in endemic areas a large proportion of the population harbours latent hypnozoites which can be activated by a systemic illness such as vivax or falciparum malaria. This explains the high rates of vivax following falciparum malaria, the high proportion of heterologous genotypes in relapses, the higher rates of relapse in people living in endemic areas compared with artificial infection studies, and, by facilitating recombination between different genotypes, contributes to P. vivax genetic diversity particularly in low transmission settings. Long-latency P. vivax phenotypes may be more widespread and more prevalent than currently thought. These observations have important implications for the assessment of radical treatment efficacy and for malaria control and elimination.

Jane Carlton,  John H. Adams,  Joana C. Silva … (2008)
The human malaria parasite Plasmodium vivax is responsible for 25-40% of the approximately 515 million annual cases of malaria worldwide. Although seldom fatal, the parasite elicits severe and incapacitating clinical symptoms and often causes relapses months after a primary infection has cleared. Despite its importance as a major human pathogen, P. vivax is little studied because it cannot be propagated continuously in the laboratory except in non-human primates. We sequenced the genome of P. vivax to shed light on its distinctive biological features, and as a means to drive development of new drugs and vaccines. Here we describe the synteny and isochore structure of P. vivax chromosomes, and show that the parasite resembles other malaria parasites in gene content and metabolic potential, but possesses novel gene families and potential alternative invasion pathways not recognized previously. Completion of the P. vivax genome provides the scientific community with a valuable resource that can be used to advance investigation into this neglected species.

K Mendis,  B Sina,  P Marchesini … (2015)
We estimate that the global burden of malaria due to Plasmodium vivax is approximately 70-80 million cases annually. Probably approximately 10-20% of the world's cases of P. vivax infection occur in Africa, south of the Sahara. In eastern and southern Africa, P. vivax represents around 10% of malaria cases but 50% of all malaria cases. About 80-90% of P. vivax outside of Africa occurs in the Middle East, Asia, and the Western Pacific, mainly in the most tropical regions, and 10-15% in Central and South America. Because malaria transmission rates are low in most regions where P. vivax is prevalent, the human populations affected achieve little immunity to this parasite; as a result, in these regions, P. vivax infections affect people of all ages. Although the effects of repeated attacks of P. vivax through childhood and adult life are only rarely directly lethal, they can have major deleterious effects on personal well-being, growth, and development, and on the economic performance at the individual, family, community, and national levels. Features of the transmission biology of P. vivax give this species greater resilience than the less robust Plasmodiumfalciparum in the face of conditions adverse to the transmission of the parasites. Therefore, as control measures become more effective, the residual malaria burden is likely increasingly to become that of P. vivax.