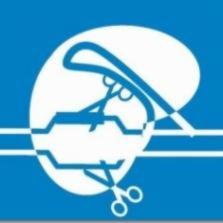 This collection centralizes key CRISPR papers in order to familiarize scientists and non-scientists with CRISPR.

Clustered Regularly Interspersed Short Palindromic Repeats (often referred to as CRISPR) is a revolutionary new genome engineering technology that is capable of modifying virtually any DNA sequence in a wide variety of cell types and organisms. The beauty of CRISPR lies in its simplicity; CRISPR consists of two components, a non-specific DNA cleaving enzyme (Cas9) and a synthetic guide RNA (gRNA) that “guides” the Cas9 enzyme to the DNA sequence to be modified.  The ease of genome editing using CRISPR/Cas9 has caused an explosion in the number of labs using CRISPR to address their specific research questions (which can go far beyond simple genome editing) and opened up the possibility of using CRISPR to treat or eradicate human disease.  However, the increasing number of publications citing the use of CRISPR (searching for the term CRISPR in PubMed comes up with 3,706 publications to date) can make it quite difficult for those new to the field to identify key papers and develop a sound understanding of this technology.  Therefore, the goal of this collection is to consolidate key CRISPR papers into one location in order to provide readers with a solid foundation for understanding this technology and its many uses.

The papers in this collection cover the basic components of CRISPR, applications and uses of CRISPR, current limitations of the technology, the potential impact of CRISPR on medicine, and more. Common genome engineering uses of CRISPR include generating loss-of-function (“knockout”) mutations in target genes, introducing specific gene “edits” into target genes, and activating or repressing target genes. All of these can be accomplished easily at any given genomic locus, or several loci at once, due to the ease with which gRNAs can be created. Indeed, thousands of individual gRNAs can be combined to create “pooled” libraries and subsequently used in forward genetic screens to identify genes that regulate a phenotype of interest.  CRISPR has largely replaced other genome engineering technologies like TALENS and Zinc Fingers, because of the number of genome engineering applications that can be performed across most of the popular model organisms, and the reliance on CRISPR as a means to modify the genome is expected to increase with time.

Despite the widespread success of CRISPR, it is not without limitation.  For example, Cas9 is capable of modifying unwanted genetic loci with less than perfect homology to the desired target sequence (so called “off-target effects”). Proper gRNA design can both reduce “off-target effects” and increase the activity of Cas9 at desired target sites.  In an effort to increase the specificity of the CRISPR system, researchers have used structural biology data to design Cas9 variants that are inherently less likely to cleave off-targets.  Such “high-specificity” Cas9 enzymes will be particularly useful as clinicians and researchers start to use CRISPR in the clinic. Furthermore, the large size of S. pyogenes Cas9 (~4 kilobases) makes it difficult for scientists to package the enzyme into adeno-associated virus (AAV), which is a promising delivery method for for gene therapy.  Luckily, researchers recently characterized Cas9 from S. aureus (SaCas9), which is ~1 kilobase smaller than the commonly used S. pyogenes Cas9 and facilitates packaging of this enzyme into AAV and opens up the possibility of using CRISPR for gene therapy.  Clearly, the rapid pace of technological advancement in the CRISPR field is overcoming technical barriers associated with this technology and expanding the usefulness of CRISPR to applications that were not possible with previous genome engineering technologies.

It is important to note that this collection was made possible by the culture of sharing and dedication to open access that is promoted by the many laboratories working on CRISPR.  Most of the key CRISPR publications are open-access and over 100 laboratories are currently sharing CRISPR reagents through the non-profit plasmid repository, Addgene.  In fact, many of authors represented in this collection have deposited their CRISPR plasmids with Addgene, and we have in turn distributed >54,000 CRISPR plasmids reagents to ~15,000 laboratories worldwide.  Reagent and information sharing contributes to scientific progress by creating an environment where virtually any laboratory interested in using CRISPR can do so without restriction.   It is my hope that this collection will serve as a useful starting point for scientists interested in learning more about CRISPR or getting started using CRISPR in their research.