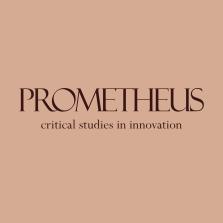 Don Lamberton asked many questions about the nature and role of information, without expecting to be able to provide tidy or neat answers. The issues he raised have not gone away or been resolved. Some have re-appeared in modified or new form. This paper first focuses on the analysis of information at the macro-level, starting with the ill-fated ‘information sector’ studies and leading on to current attempts to use neoclassical economics to measure macro-level capital stocks in the context of the debate about sustainable development, also known as ‘wealth accounting’. Wealth accounting has no place for information-as-capital that goes beyond very primitive proxy measures for intangible capital other than human capital. Often, information-as-capital is neglected completely by denoting such capital stocks as ‘enabling assets’ that are assumed to be reflected in what turn out to be unmeasurable shadow prices. Next, an issue mostly neglected by Don Lamberton is discussed – the normative assessment of information and innovation. It is argued that neither mainstream economics nor evolutionary economics, information studies, innovation studies and so on currently has an appropriate normative theory of innovation. Increased output, innovation counts, productivity, competitiveness and consumption-related utility (what economists call 'welfare') are poor indicators of what really should be measured, which is the objective and subjective impacts of innovation on people 's well-being.