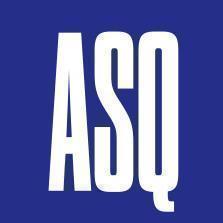 I have a dream that will never come true.

I wish I was a bird.

At first, I wanted to be a butterfly,

but a butterfly is so beautiful

that people will try to catch it and trap it in their notebooks.

I don’t want anyone to shut me in.

The camp is like a bird cage for a bird that is denied its freedom.

There’s no electricity, no water. Nothing.

This bird would die of loneliness.

I would love for my wishes to come true.

This is the opening monologue of the 2001 documentary, Frontiers of Dreams and Fears, by Palestinian filmmaker Mai Masri. Mona, a 13-year-old girl in the Palestinian refugee camp of Shatila outside of Beirut, eloquently shares these reflections in her mother tongue of Arabic. Mona speaks amidst juxtaposed scenes of her playing with birds alongside the difficult life conditions in the camp.

These words and images were with me while reading the 2022 book, The Best of Hard Times: Palestinian Refugee Masculinities in Lebanon, by Gustavo Barbosa. In his examination of how young men in Shatila come of age and inhabit their sex, Barbosa devotes a chapter to their practice of pigeon raising and flying, noting that they “have understandably come to think of pigeons, with their unencumbered freedom to fly, as irresistibly appealing” (249). Barbosa captures the poetics of self-expression among Palestinian refugees facing legal and institutional violence in Lebanon, and in turn, his ethnographic writing is poetic. For instance, he explores the double entendre of hamama (Arabic for both pigeon and penis), the metaphors of water, and the etymologies of Arabic concepts such as jins (sex).

Methodologically, The Best of Hard Times is grounded in ethnographic and qualitative research, while challenging anthropological methodologies. Barbosa combines participant observation, focus groups, household surveys, oral histories, and interviews with a range of stakeholders in Shatila from 2007 to 2009. He raises questions about the line that an anthropologist draws between interlocutors and research subjects, and whether it is ethical to include ethnographic insights from time spent in the field after a formal study has been completed. He also draws attention to the generative potential of a researcher acknowledging when they are “on the margins’’ of their field site for “nonparticipant observation” (190). I appreciated Barbosa’s integrity in recognizing his positionality and privilege as a Brazilian scholar, the inability to become a local, and the pitfalls of attempting to speak for the community as an outsider. He also models intellectual humility throughout the text.

Barbosa makes a compelling argument about the heroic masculinities of Palestinian male elders in the camp as compared to the quotidian masculinities of younger men. And his book delicately captures politically sensitive ethnographic findings. In his workshop comparing the lyrics of an older nationalist song with a younger rap song, it was clear that some elders felt that the rap music was “alien and alienating” (230). Furthermore, the revolutionary narratives from elders do not galvanize the same admiration from youth. Yet Barbosa does not suggest that young Palestinian refugees are not committed to the Palestinian cause; there is scholarly evidence in Palestinian Studies for that sustained commitment on an individual and collective basis.

The Best of Hard Times foregrounds the Lebanese context in which Palestinian refugee conditions in Lebanon are dire, only second to their counterparts in the Gaza Strip. Barbosa delineates the realities of economic exclusion, diminishing manual and menial jobs, poor access to health, housing, education, sewage, electricity, and other social services, and the limited possibilities of remittances or emigration. This is intimately connected to instantiations of masculinity, with Barbosa’s emphasis on how sex and gender are raced, classed, and nationalized. Young, and even older, men strive “to find a bride, to construct a house, and, rather than simply perform a gender, to actually do and make sex” (250). Barbosa adds, “I have not treated men as an internally coherent category and have used age and historical experience to fracture it and then to map out alternative masculinities: the shabab [شباب] may have limited or no economic, political, or military power, but they are not emasculated” (165).

Barbosa resists epistemological axioms and “exclusionary, precise, or purified categories” (269). He interrogates a range of terms from Marxism, feminism, and statistics, to refugee, camp, Lebanon, and Palestinian. This critical thinking compels readers to consider the limits of central discourses in anthropology and other fields, including conceptions of the state. This ethnography emerges in a context where the state is not omnipresent and there is no clear authority; yet political life, local functioning of power, and mechanisms for social control and conflict management are present. As Barbosa writes, “there is governance beyond the state” (28), and he asks “what happens when a state is not present to organize a sex-gender system at the local level” (238)? This should not be mistaken for the absence of the Lebanese state from Palestinian refugee life and politics altogether. The reader is left wondering about the role of religion, faith, and piety in this context and how that shapes normativity and counter-normativity with regard to gender and sexuality.

The Best of Hard Times is an excellent contribution to masculinity studies at an exciting moment when Middle Eastern Studies is increasingly taking men seriously as gendered subjects worthy of analytical attention. Barbosa persuasively reveals that “there can be masculinity without male embodiment,” while “one can also contemplate the possibility of maleness and male embodiment without hegemonic masculinity” (128). Most importantly, this ethnography is ultimately a deeply empathetic and humane call for attention to the urgent conditions of Palestinian refugees and other disenfranchised communities in Lebanon and beyond.