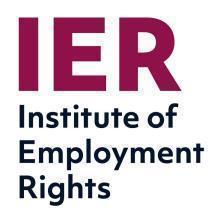 Brexit is seen by many in the UK government and the Conservative Party as an opportunity to further undermine workers’ rights and intensify the ‘race to the bottom’ under the guise of improving the UK’s global competitiveness. It looks very likely that workplace health and safety standards in particular will come under renewed attack. At the same time, the advent of new trade agreements with other states and trading blocs will mean that UK compliance with benchmark international standards on regulation generally, and worker health and safety in particular, will come under more intense scrutiny. The ILO is the single most important organisation charged with developing global legal standards for workplace rights. Historically, the UK government has deliberately avoided formal agreement with ILO health and safety standards. It has only ratified 6 of the 36 ‘up-to-date’ and interim health and safety Conventions and Protocols. This puts it on par with the following countries that have also ratified 6: Cameroon, Comoros,El Salvador, Guyana, Libya, Lithuania, Mauritius, Mozambique, North Macedonia, and Saudi Arabia. In a league table of EU states’ ratification of ILO health and safety Conventions and Protocols, the UK is 26th out of 28. Only Romania and Estonia have signed up to less. Despite this appalling record of non-ratification, the UK remains bound by both the European Social Charter and the United Nations International Covenant on Economic, Social and Cultural Rights. Those treaties use ILO health and safety Conventions as the primary source of their evolving standards. This means that ILO standards apply to the UK, albeit indirectly, even if it has not yet ratified the relevant ILO instruments.This will remain the case whether or not the UK continues to be bound by the EU treaties and regardless of the type of trade agreement agreed between the UK and the EU, or any another trading bloc or state.This article argues that the UK trade union movement must take the initiative in demanding that the UK complies with ILO standards. This means ratifying those Conventions and Protocols it is yet to sign up to and ensuring effective implementation of those that it has. UK government compliance with international law will not be achieved easily. Ultimately this is a goal that must be fought for through renewed trade union campaigns at a political level as well as at a workplace level.