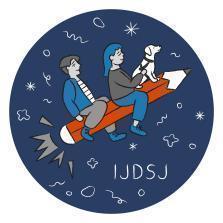 Inspired by this book, I took an hour-and-half flight from Tokyo to Ōita, in the southern island of Kyūshū, excited to watch for the first time the Ōita International Wheelchair Marathon in late November 2021. Cheered by local volunteers, Marcel Eric Hug from Switzerland finished first, breaking the world record for the wheelchair full marathon. A few months ago, Hug had won the gold medal for the wheelchair full marathon at the Tokyo Paralympics taking place in the heat and the COVID-19 pandemic. COVID had prevented people from watching games in person. My sister served as a Games volunteer at both the Olympics and Paralympics, after undergoing the Disability Equality Training which was provided for all the 80,000 volunteers.

Sports and disability is an interesting topic in disability studies (Sugino, 2019). The Convention on the Rights of Persons with Disabilities (CRPD), informed by disability studies and social model thinking, emphasizes inclusion as a general principle. Its article 30 is on participation in cultural life, recreation, leisure, and sport, and it mandates States Parties to ‘ensure that persons with disabilities have an opportunity to organize, develop and participate in disability-specific sporting and recreational activities’. This is a noted provision in CRPD, as is article 24 on the right to education. In our quest for an inclusive society, we must explore how sports and sports events for disabled athletes – such as Paralympics, Deaflympics, and Special Olympics – can promote inclusion. Frost’s book is an important contribution to the quest.

Reading Frost’s book, which traces the development of disability sports in Japan since the 1964 Tokyo Paralympics, during the summer of 2021 in Japan was a special experience. Heated debates over the issues of Olympics and Paralympics during the pandemic cost Prime Minister Suga Yasuhide his job. Frost tells us how far Japan has come since 1964. Matsui Ryōsuke, a veteran disability rights advocate and a professor emeritus of Rikkyo University, who witnessed the 1964 Paralympics, pointed out four changes Japan has undergone: (1) wider international and national participation; (2) better coordination among organizing entities promoting accessibility, underpinned by the CRPD; (3) better awareness, for example, an overwhelming majority of the public being positive about Paralympics; and (4) greatly improved employability of Japanese athletes (Matsui, 2021). His observations resonate with Frost’s remark that ‘Japan has experienced a dramatic transformation in the realm of disability sports, all in less than a single lifetime’ (Frost, 2020: 239–240).

Frost starts with the 1964 Tokyo Paralympics (Chapter 1). At that time, with the first ever Paralympics having been organised in Rome only four years previously, very few in Japan knew of the event. Out of the blue an orthopedic surgeon from Ōita, Nakamura Yutaka, single-handedly took the initiative to bring the Games to Tokyo by involving the imperial family and other influential people. Nakamura later promoted disability sports beyond Japan to other Asian and Pacific countries through organising the ‘Far East and South Pacific Games for the Disabled’ (FESPIC). FESPIC met in Ōita in 1975 for the first time and in Malaysia in 2006 for the last time, then merged with Asian Paralympic Council. Motivated by the International Year of Disabled Persons declared by the United Nations, Nakamura also played a significant role in initiating Ōita International Wheelchair Marathon in 1981. I was then a young university student volunteering to play with children with disabilities every Saturday in Tokyo and I still vividly remember the massive disability awareness-raising campaign. In Chapter 4, entitled ‘Turning Point’, Frost writes about the 1998 Nagano Winter Paralympics, making Japan the first to have hosted both Summer and Winter Paralympic Games.

The book’s obvious strength comes from its combining ‘Japanese studies, disability studies, and sports studies’ (Frost, 2020: 6). The fact that Tokyo was to be the first city in the world to host the Paralympics twice prompted the publication of a number of more popular books in Japan on the 1964 Tokyo Paralympics and disability sports development, such as those written by Oka (2019), Inazumi (2020), Satō (2020) and Tanaka (2020). However, Frost’s More than Medals (2020) stands out among its contemporaries for its adopting a disability studies and rights approach, as exemplified in its analysis of FESPIC being a ‘paternalistic and medicalized approach to disability sports’ (Frost, 2020: 99) Another strength of the book lies in its international viewpoint, putting Japan’s engagements with the global Paralympics Movement in perspective, and by covering materials in English as well. Frost also addresses policy issues, which are mostly absent in other works, and examines the relationship between disability sports, law, and policy. For example, the book covers the 1993 revision of the Basic Act for Persons with Disabilities, originally enacted in 1970; accessibility laws, such as the Law for Buildings Accessible to and Usable by the Elderly and Physically Disabled Persons (1994) (the ‘Heartful Building Law’); and the Government Action Plan for Persons with Disabilities (1995). In fact, a bureaucrat long involved with disability sports, Ite Seiichirō, has testified that the 1964 Paralympics provided the momentum for the passing of the first comprehensive disability legislation, the Basic Act, in 1970, as it was discovered that the gap between Japanese athletes with disabilities and their counterparts in other countries was striking (Hagiwara, 2021).

The book has a coda entitled ‘2021 problem’ which touches upon post-Games issues. Two challenges are mentioned as legacies of the Games, namely, accessibility and awareness-raising. As to accessiblity, the Games have already left a legacy. One national disability rights leader said Japan has turned into ‘a different country’ in terms of its dramatic improvement of transportation accessibility over the last 20 years, as more than 90 per cent of major railway and bus stations have been made accessible (Jiji Press, 2021). Moreover, hosting the Games prompted Tokyo to introduce accessibility ordinances, mandating accessibility in all new hotel rooms (for hotels bigger than 1,000 square metres) after 2019. A ripple effect has followed. Osaka, which will host Expo 2025, introduced a similar regulation in 2020. Kyoto, an international tourist city, also implemented the same measure for hotels of all sizes in 2021.

Awareness-raising, the second challenge, is more difficult to measure and there is still much to do. Japan has deep-rooted issue of ableism, as evidenced by the existence of Eugenic Protection Law from 1948 to 1996 that sterilized more than 16,000 persons, including women, men, girls, and boys with disabilities without consent. A more recent example is the Sagamihara Stabbings in 2016, in which 19 persons with intellectual disabilities were killed at a care home by a former employee of the same facility who believed that their lives were not worth living (Nagase, 2018). Against this background, the national government expected that the Tokyo Paralympics would provide a momentum for people to understand the social model of disability (Cabinet Office, 2018). Organizers did provide training for all volunteers based on the social model (Disability Equality Training). However, medical and ableist mentality still holds strong. Even in the Official Programme of Paralympics Games a celebrity, who was a Nobel Laureate in Physiology or Medicine, still made a statement like ‘overcoming disability’(Yamanaka, 2021, p.45). 1 There are, however, positive signs. In one survey by a leading news agency, Kyodo, 70 per cent of persons with disabilities surveyed after the Games responded that the Paralympics had promoted better understanding of disability (Tokyo Shimbun, 2021). Furthermore, big companies, including Mitsubishi Electric, appear to be more willing to engage disabled athletes in their television commercials and other advertisements. They were reluctant before, for fear of being criticised for ‘taking advantage’ of disabled people. Yet, the need for constant awareness-raising is obvious. Hoshika Ryōji of the University of Tokyo has pointed out that we need to carefully examine the role of highly competitive sports events in promoting the social model of disability, through the lens of disability studies (Yasuda, 2021).

While enjoying the hot springs in Ōita, I remember how this area had become ‘Japan’s Cradle of Disability Sports’ – the title Frost uses for his Chapter 3. For more than ten centuries, hot springs (onsen), believed to have treatment and rehabilitation effects, have contributed greatly to the development of Ōita, also proudly known as the ‘Onsen Prefecture’. Nakamura, born in Ōita in 1927, returned to his hometown in 1958 as a young orthopedist just two years before the first Paralympics in Rome, to eventually become the father of the Paralympics in Japan.

More than Medals is a meticulously researched book with rich information, including interviews with key people and literature reviews, deep analyses, and powerful insights. It is very readable as well. For me, this book has been a source of great delight. Watching athletes with disabilities in major TV commercial messages, that are now fairly common, I feel a certain progress. But retaining the legacy beyond the Tokyo Games in Japan will ‘take a lot of work’ (Frost, 2020: 245) and this book tells us how we can continue our work in Japan and beyond.

Yamanaka Shinya 山中伸弥made this remark on the Paralympics: ‘The Tokyo Paralympics is a meaningful event where athletes overcome their disability and the Corona disaster to push the limits.’ In the Tokyo 2020 PARALYMPIC GAMES OFFICIAL PROGRAMME