Reconstructing the Muslim Self: Muhammad Iqbal, Khudi, and the Modern Self 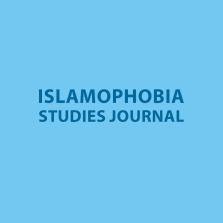 Muhammad Iqbal (1877–1938), one of the 20 th century's most influential Muslim thinkers, theorized a radically new understanding of Islamic selfhood. For Iqbal, the self ( khudi) was marked by an individuality that made it distinct and inherently equipped to overcome colonial incursions. Iqbal put this down to Ibn ‘Arabi's (1165–1240) “Neo-Platonist doctrine of sheep” of wahdat-al-wujud. This article examines the ways in which Iqbal's ideas of the self derive from a specifically modern, Western notion of the self that has its history in Rene Descartes' cogito ergo sum — a modern selfhood entailing independence and uniqueness, and which became the standard in Europe after the 18 th century. It is a self whose worth is measured by what it produces, and by its relationship to the world as a creator. When Iqbal writes that “man becomes unique by becoming more and more like the most unique individual [God],” 1 this paper investigates how Iqbal's approach to the Muslim self is thought through Western categories — beginning with the self, but extending to the pan-Islamic nation (the ummah), and nationalism — and how such an imagining delimits his very (re)construction of Islam, thereby further imbricating “Islam” within Eurocentric power-knowledge. The article reflects on the importance of examining perhaps the foundational theoretical assumption of the modern Muslim experience — Muslim selfhood — and how such an examination is essential for the process of decolonial thinking to begin.