Fair Trade cannabis: a road map for meeting the socio-economic needs and interests of small and traditional growers 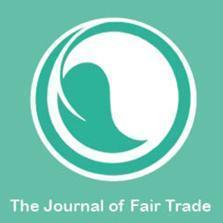 Policy changes over the past five years have dramatically reshaped the global cannabis market, opening up legal markets for medical cannabis and, increasingly, also for adult, non-medical use. Despite the fact that these shifts look set to bring a clear range of benefits in terms of health and human rights, there is concern over the many for-profit cannabis companies from the Global North that are aggressively competing to capture the licit spaces, squeezing out small and traditional cannabis farmers from the Global South. If the construction of the global cannabis prohibition regime was an historic mistake, then a transition towards a legally regulated market that concentrates profits in a handful of Big Pharma, Ag, Tobacco and Cannabis companies, while locking out small-scale farmers in the Global South, only serves to further this damaging legacy. The focus of Fair Trade cannabis must be to empower small and traditional producers in the cannabis trade, based on a number of first order principles, market strategies and public policies. Crucially, growers must be enabled to organise amongst themselves and forge coalitions with other actors in order to advocate for appropriate frameworks and interventions.