Journal of Global Faultlines is published by Pluto Journals, an Open Access publisher. This means that everyone has free and unlimited access to the full-text of all articles from our international collection of social science journals, and the authors don’t pay an author processing charge (APC’s). 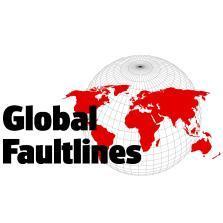 Working towards a more stable and peaceful world is limited by problems within key three areas of human concern, the need for an equitable economic system, the urgent need to respond to climate breakdown and an approach to international security that avoids the common military approach of responding to challenges with early use of force. Instead, the current dominant neoliberal economic model has proved incapable of increasing equity and emancipation and is, instead, encouraging socio-economic marginalisation. It also militates against responding effectively to climate breakdown which requires high levels of economic planning and intergovernmental cooperation and it provides a business environment that favours military industrial complexes that thrive on conflict. Responding to these issues requires the vigorous pursuit of alternative paradigms and the impending issue of climate breakdown, in particular, means that such pursuit must be rapid in its effect.

Professor Paul Rogers is Emeritus Professor of Peace Studies at the University of Bradford and Global Security Consultant with Oxford Research Group.