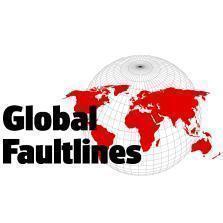 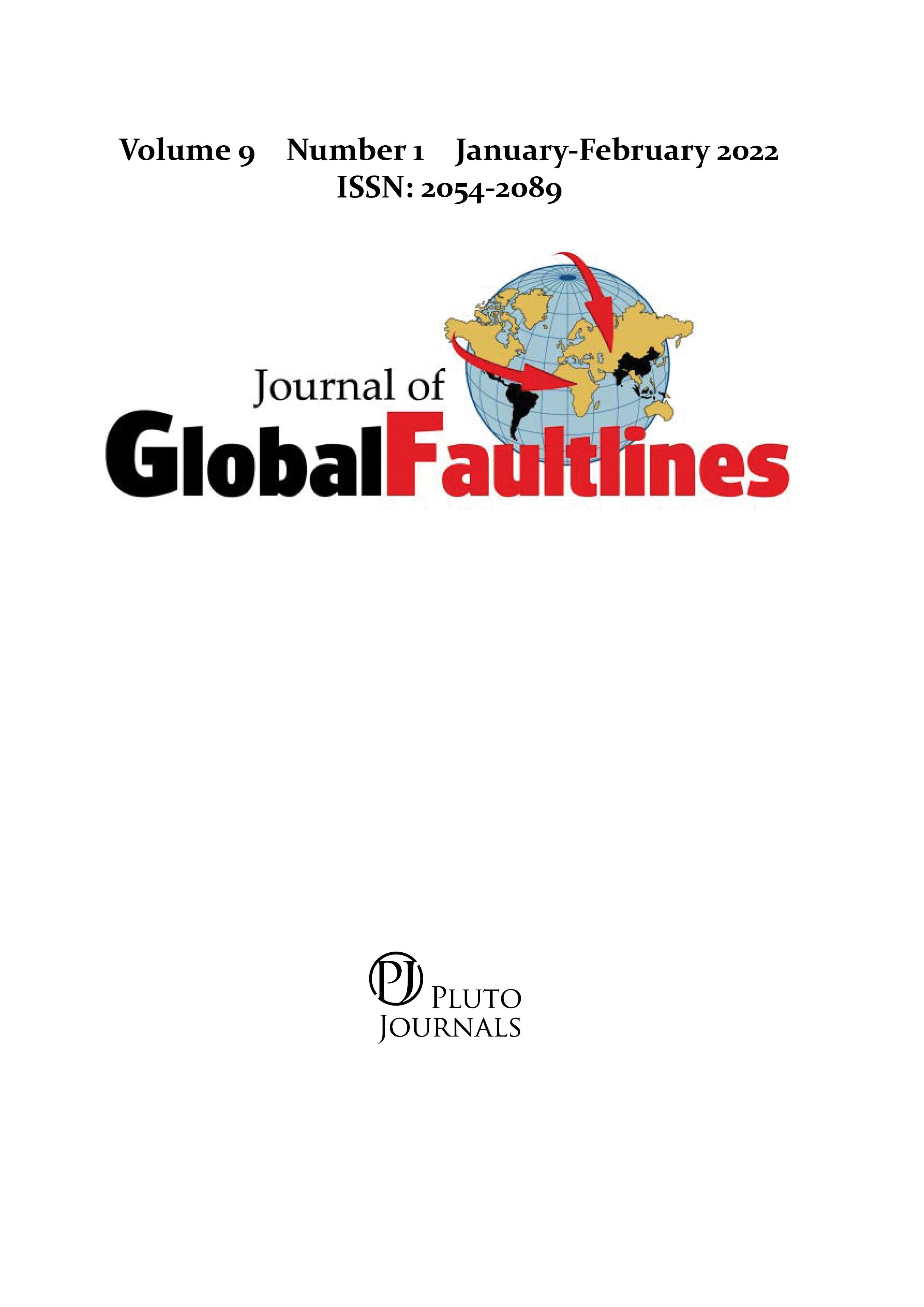 The Journal of Global Faultlines, is a refereed journal, based in Keele University, published two times a year by Pluto Press. The editors welcome articles from a variety of theoretical, methodological or empirical approaches on global politics. The Journal of Global Faultlines attempts to cover the evolving current world situation by looking at global problems from a variety of different and overlapping perspectives: economic, political, philosophical, cultural, educational, geographical, social, and historical, among many others. The journal aims to provide ongoing open forums to discuss and analyse global problems and developments from critical perspectives or viewpoints, and thus improve understanding of the underlying forces shaping the destiny of the world in the 21st century. To this end the journal also encourages contributions from writers and disciplines that are not commonly associated with the study of the aforementioned academic fields of study. Contributions from scholars working around the globe are particularly welcome. Articles submitted to the journal should be original contributions and should not be under simultaneous consideration by any other publication.

All submissions should be between 6,000 and 12,000 words(including notes and references), and include abstracts of no more than 200 words which describe the main arguments and conclusions of the article, and a list of six key words(in Microsoft Word file format). The details of the author’s institutional affiliation, full address and contact information, the exact length of the article, brief biographical description (about 40 words), and any acknowledgments should be included on a separate cover sheet. Manuscripts are sent out for anonymous review; consequently, we would encourage authors to refrain from posting their name or affiliation on any materials that may be sent out to referees (i.e., the manuscript, tables, associated graphical presentations, etc.). Each manuscript should be submitted electronically to Professor Bülent Gökay, at b.gokay@keele.ac.uk and Dr Ilia Xypolia, at iliaxypolia@gmail.com.

Spelling should conform to the Concise Oxford English Dictionary. American spelling throughout, with “-ize” endings (not “-ise”). Quotation marks: Double in text throughout; single within single; single within indented quotations. Quoted material that is more than 50 words long should be indented, without quotes, and with a line space above and below. Dates and numbers: 9 November 1989; 1945–46, the 1970s (not “the seventies”). Authors are responsible for ensuring that their manuscripts conform to the journal style.

Tables and figures should not be embedded in the text, but should be included as separate sheets or files. Each table and figure must be followed by a heading, and be referred to in the text. Tables should be kept to a minimum and contain only essential data, and should be consecutively numbered. Diagrams, charts, and graphs should be referred to as figures. Figures should have a resolution of at least 300 ppi. These may be submitted in separate files or emailed as attachments. All images must be accompanied by express written permission from the graphic’s creator.

In text references in author-date style, should appear in parenthesis, including page numbers where relevant – e.g. (Shain, 2016: 21) or ‘as Shain (2016: 21) argues..’. Where are two or more works by one author in the same year, they should be distinguished as 2016a, 2016b, etc. Bibliography should appear in alphabetical order. Authors should check that all works mentioned in the text are included in the references, and that dates of publication given in the text and in the references are the same.

Frank, A.G. (1998) ReORIENT: Global Economy in the Asian Age. Berkeley, Los Angeles, London: University of California Press. References to chapters in edited book: Fowkes, B. (2012) “A Bibliographical Essay on the History of Communism and Communists in the Muslim World,” in B. Fowkes and B. Gokay (eds.) Muslims and Communists in Post-Transition States. London: Routledge, 152–159.

References to articles in journals:

The journal will be published online and in print. Authors will receive a Copyright Form for signature upon the acceptance of the article for publication. Authors are responsible for obtaining permission to reproduce copyrighted material from other sources and are required to sign an agreement for the transfer of copyright to the publisher. This applies to direct reproduction as well as “derivative reproduction” (where you have created a new figure or table which derives substantially from a copyrighted source). All accepted manuscripts, artwork, and photographs become the property of the publisher.

All proofs must be corrected and returned to the publisher. If the proofs are not returned within the allotted time, the editor will proofread the article and it will be printed per the editor’s instructions. Only corrections of factual and typographical errors are permitted.

Members of the Editorial Board:

Vassilis Fouskas, University of East London (Chair of the Editorial Board)