Perils of Power Purchase: Electricity Imports in the Changing Milieu 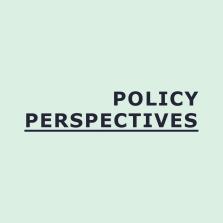 In an attempt to mitigate pressing power shortages, Pakistan is pursuing proposals and projects aimed at import of electricity from CARs, India and other SAARC member states, Iran and China. However, the nature of relations between Pakistan and the countries involved, as well as disputes over sources of power to be imported, solicit caution, for strategic reasons. Besides, considering the changing scenario where a sizeable number of medium to large sized projects are being initiated in the wake of China's mega scale entry on Pakistan's power generation horizon, Islamabad's electricity import options need reevaluation and reconsideration. Projects such as CASA-1000 and import from India have become less relevant, for the time being at least, while import from Iran and China may be reanalyzed in the evolving milieu and thus implemented, accordingly.