From Symbiosis to SYM: Wider applications for biofeedback art 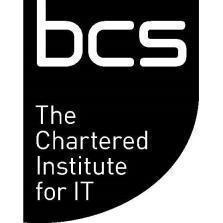 The size, burden and cost of disorders of the brain in the UK

Naomi Fineberg,  Peter M Haddad,  Lewis Carpenter … (2013)
Aim: The aim of this paper is to increase awareness of the prevalence and cost of psychiatric and neurological disorders (brain disorders) in the UK. Method: UK data for 18 brain disorders were extracted from a systematic review of European epidemiological data and prevalence rates and the costs of each disorder were summarized (2010 values). Results: There were approximately 45 million cases of brain disorders in the UK, with a cost of €134 billion per annum. The most prevalent were headache, anxiety disorders, sleep disorders, mood disorders and somatoform disorders. However, the five most costly disorders (€ million) were: dementia: €22,164; psychotic disorders: €16,717; mood disorders: €19,238; addiction: €11,719; anxiety disorders: €11,687. Apart from psychosis, these five disorders ranked amongst those with the lowest direct medical expenditure per subject (<€3000). The approximate breakdown of costs was: 50% indirect costs, 25% direct non-medical and 25% direct healthcare costs. Discussion: The prevalence and cost of UK brain disorders is likely to increase given the ageing population. Translational neurosciences research has the potential to develop more effective treatments but is underfunded. Addressing the clinical and economic challenges posed by brain disorders requires a coordinated effort at an EU and national level to transform the current scientific, healthcare and educational agenda.