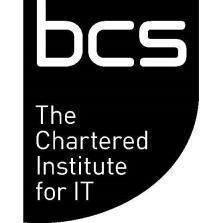 User modeling is widely used in HCI but there are very few systematic HCI modelling tools for people with disabilities. We are developing user models to help with the design and evaluation of interfaces for people with a wide range of abilities. We present a perception model that can work for some kinds of visually-impaired users as well as for able-bodied people. The model takes a list of mouse events, a sequence of bitmap images of an interface and locations of different objects in the interface as input, and produces a sequence of eyemovements as output. Our model can predict the visual search time for two different visual search tasks with significant accuracy for both able-bodied and visuallyimpaired people.

The role of neural mechanisms of attention in solving the binding problem.

JOHN FINDLAY (1997)
Five experiments are reported in which eye movements were recorded while subjects carried out a visual search task. The aim was to investigate whether an accurate initial target directed saccade could be programmed. In experiments 1-2, subjects moved their eyes to targets defined by colour, which were presented with seven non-targets in a circular array. Accurate saccades with short latencies were common but errors sometimes occurred and search for an "oddity" target, defined exclusively by difference in colour from a homogeneous set of distractors, was particularly error prone. In Experiment 3, occasional trials contained double targets. First saccades sometimes landed at an intermediate position between the targets. In Experiments 4 and 5, targets were presented with 15 distractors in two concentric rings of 8. Targets specified by shape could be located accurately with a single saccade. Search for a colour-shape conjunction was more difficult but targets in the inner ring were located frequently with a single saccade. The results suggest that the control of the initial eye movement during both simple and conjunction searches is through a spatially parallel process.