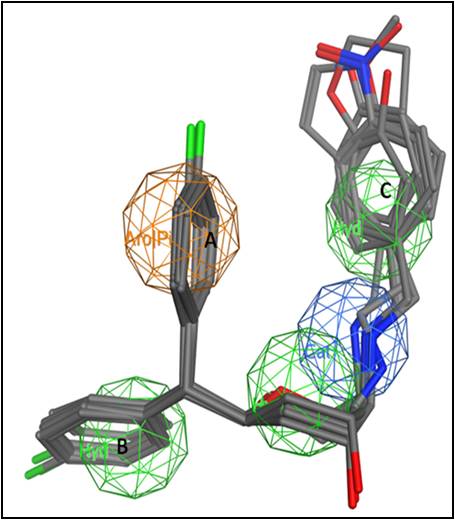 ScienceOpen
Bookmark
There is no author summary for this article yet. Authors can add summaries to their articles on ScienceOpen to make them more accessible to a non-specialist audience.
Unipolar depression, caused by an imbalance of monoamine neurotransmitters in brain, is ranked as the most prevalent of all somatic and psychiatric illness. It is estimated that about 40 % of patients remains refractory to treatment thereby limiting the use of current antidepressant drugs. Moreover, because of relapse and unwanted side effects of existing drugs there is an unmet need to discover novel agents for the treatment of this devastating mental disorder. Current treatment aims at alleviating extraneuronal concentration of serotonin (5-HT) and /or norepinephrine (NE) (Figure 1). Tricyclic antidepressants were among the first class to have been discovered but due to their nonspecific side effects they have limited use in clinics. They have been largely replaced by second-generation antidepressants including selective serotonin reuptake inhibitors (SSRI, e.g., fluoxetine, Figure 2), selective norepinephrine reuptake inhibitors (NRI, e.g. reboxetine, Figure 2), and serotonin and norepinephrine reuptake inhibitors (SNRI, venlafexine, Figure 2).