THE ROLE OF GENETIC TESTING IN PATIENTS WITH CONGENITAL MYASTHENIA 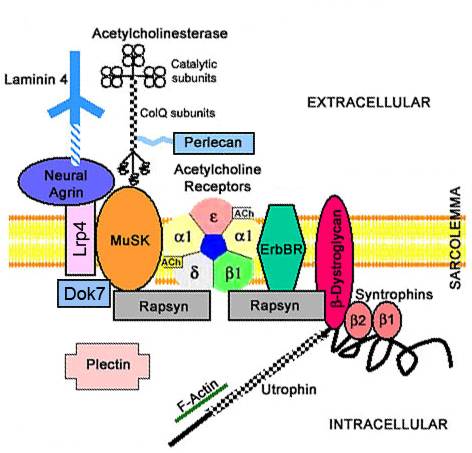 ScienceOpen
Bookmark
There is no author summary for this article yet. Authors can add summaries to their articles on ScienceOpen to make them more accessible to a non-specialist audience.
The role of genetic testing in patients with congenital myasthenia Tsimakidi C. MD, Magrepli-Loli N. MD Neurology Department, Aghia Sophia Pediatric Hospital Background: Congenital myasthenic syndromes form a group of inherited disorders with dysfunction of neuromuscular transmission, characterized by fatigable weakness of skeletal muscle with onset shortly after birth or in early childhood. According to the defect of each subtype, they are classified as presynaptic, synaptic or postsynaptic. The diagnosis is based on a combination of the patient’s history, electrophysiological testing, response to acetylcholine-inhibitors, muscle biopsy and genetic testing. Methods/results: We present the cases of three Greek patients (one female, two males) of Gypsy ethnic origin, who have been diagnosed with congenital myasthenia at infancy and are being treated with pyridostimine ever since. All three patients presented with progressive ptosis, external ophthalmoparesis, swallowing and respiratory problems at infancy. They had positive response to the administration of edrophonium and started treatment with pyridostigmine. At present they are seven to twelve years of age and present mild symptoms, mostly frequent respiratory infections.We took blood samples from these patients and their parents and had it analyzed. The mutation ε1267delG was identified in an homozygous state in all of them. The parents were carriers of the mutation. Conclusions: The identified mutation is situated in exon 12 of the AChR epsilon subunit and leads to autosomal recessive congenital myasthenia with variable phenotype. The mutation is quite frequent among patients of Gypsy origin, which complies with findings of similar studies (3). The identification of the mutation confirms the diagnosis as it’s not unusual for those patients to being wrongly diagnosed and treated (e.g. for myasthenia Gravis). Apart from that, the type of the mutation and the identification of the carriers enables us to promote effective genetic counseling. Bibliography: 1. Hantai D., Richard H., Koenig J., Eymard B. Congenital myasthenic syndromes. Curr Opin Neurol 2004; 17:539-551 2. Engel AG, Shen XM, Selcen D, Sine SM. Congenital myasthenic syndromes: pathogenesis, diagnosis, and treatment. Lancet Neurol. 2015 Apr;14(4):420-34. doi: 10.1016/S1474-4422(14)70201-7 3. Abicht A, Stucka R, Karcagi V, Herczegfalvi A, Horvath R, Mortier W, Schara U, Ramaekers V, Jost W, Brunner J, Janssen G, Seidel U, Schlotter B, Muller-Felber W, Pongratz D, Rudel R, Lochmuller H. A common mutation in congenital myasthenic patients of Gypsy ethnic origin. Neurology 1999 Oct 22; 53(7):1564-9