Auditing the Duration of Initial Anti-depressant Treatment Before Any Change Strategy for Major Depressive Disorder: a Retrospective Chart Review. 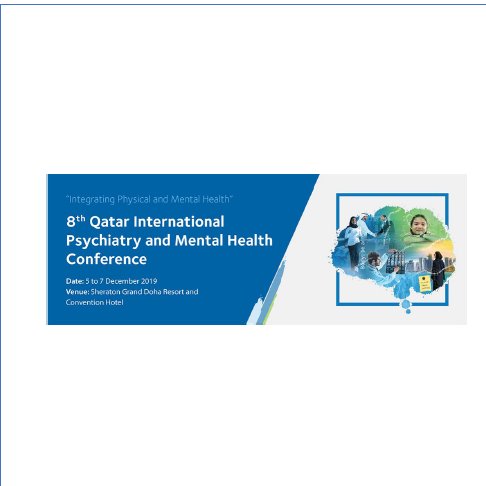 Background: CANMAT 2018 guidelines identify two phases of Major depressive disorder (MDD) treatment: an acute phase (getting to symptomatic remission), and a maintenance phase (preventing relapse and recurrence). CANMAT recommends increasing the antidepressant dose for non-improvers at 2 to 4 weeks if the medication is well- tolerated. If a poor response to initial Antidepressant (IAD) after 4 weeks, clinicians may opt to step 2 in treatment algorithms such as switching, augmentation, combination strategies,etc. There is substantial evidence from our practice that many patients receive inadequate duration of treatment trial (less than 4 weeks before going to step 2 in treatment). The clinician should then consider treatment issues that may affect the clinical response.

Primary outcome: To evaluatetime (in Days) between initiation of antidepressant monotherapy and any change strategy such asswitching, combinationand/or augmentation of pharmacotherapy as a result of suboptimal response to initial therapy at physicians documentation.

Method: A 12- month audit was initiated in a mental health hospital, HMC, Qatar. Data were collected retrospectively for the 12 months preceded the approval of the audit. Patients were eligible to be included if they werefemale or male aged between 18 and 65 years (inpatients and outpatients) diagnosed with an episode of major depression as diagnosed under (ICD-10, Version 2010) initially treated with a single antidepressant (using a flexible dosage regimen if required) and for whom initial treatment changed/ modified because of a suboptimal response at physicians documentation, which is clearly documented in the patients medical chart. Exclusion criteria were patients who had depression with psychotic features, or if they were pregnant women. Descriptive statistics were applied to the primary and secondary outcomes.

Results: A total of 70 patients were included in this study. 60% were females and 40% were males. Median time to any change strategy was 50.5 days. 44.3% (n=31) of the sample has at least one change strategy of their initial antidepressant that occurred Less than 4 weeks.The main change in pharmacological management after a suboptimal response was switching (47%) followed by augmentation (27%). The most prevalent pharmacological classes that used for augmentation were antipsychotics (52%) then antidepressants (29%). Quetiapine and olanzapine were on thetop medications used.

Conclusion: Changing treatment in less than 4 weekswas observed in 44% of the sample, which represents rather poor compliance to the international guidelines. Higher sample size is required to avoid variability and increase reliability of the results. Our future plan is to present the results in CME series of lectures focusing on MDD to highlight the gap between the current practice and the international guidelines. The project sponsor will share the results with policymakers to develop facility guidelines for MDD treatment.