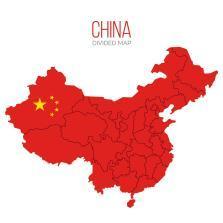 A master thesis based on EMT and EMH for Chinese markets.

The main purpose of this work is to assess whether the Chinese market efficiency has changed over the years. The first chapter will provide a brief overview of the Chinese political and economic history, with a focus on the development of exchange markets. It is essential to understand the history and the crucial steps in the evolution of Chinese political thought and socio-economic reforms to fully grasp the reasons for its ability to replace well-known old-world superpowers. The analysis of available literature, presented in chapter two, explores several topics such as market efficiency, the relations between Asiatic markets, and the impact of regulatory changes. More specifically, the literature review will focus on the most relevant journal articles related to Chinese market efficiency because market efficiency is the prompt for economic expansion. A careful reading of the sampled articles will allow an assessment of the EMT theory by Eugene Fama (1970), when used to understand the market reaction to information. The hypothesis of market efficiency is closely related to market players’ rational behaviour, as all players are subject to the information they receive. An efficient financial structure attracts investors from all over the world, but, if the market is not as predictable and stable as possible, there is a risk of discouraging investments. The third chapter will explore the macroeconomic data and China’s foreign relations, with a glance at evolving policies and strategies implemented towards foreign powers and investors, which have fostered its staggering economic growth. The economic, social, political changes and reforms, which have affected the entire Chinese apparatus, will be examined through an analysis of relevant literature. Tables with a summary of the method, goals and results of the studies reviewed in the chapter will come in handy. The aim of this work was to analyse some relevant literature to find evidence of the existence of a Chinese market weak form. This topic has been selected due to the Chinese great economic growth and its different political and economic structure. The literature review focuses on ten papers written from 1999 to 2019. Their research was complex because of the scarcity of relevant documents and the dissemination of unclear information. The major difficulty in finding accurate data was encountered at the beginning of this study, when the initial research question was to test the Efficient Market Theory. Because of insufficient scientific information and available documents to conduct this kind of analysis, academic journal articles, which stress the EMT, have been chosen in their place. All the scholarly works reviewed in this brief discussion draw the same conclusions: the Chinese market appears inefficient. When Fama’s hypothesis is applied, analysis results demonstrate that weak form efficiency holds in the Chinese market; therefore, the available information on past experience cannot be useful to predict future yields. The empirical results show that China is not influenced by seasons; in particular, it does not suffer from the January effect, which can help to predict future trends. This study has also revealed the problem of the scarcity of useful information for investment purposes, which can be easily overcome by making State and institutional transformation transparent. The results of the papers do not change during the years: in 1999 the inefficiency of Chinese market depended especially on the excessive volatility caused by the policy changes and the scarcity of information, and the same results were also obtained in 2019. This study also aimed at analysing the correlation between the policies implemented and the market. The Chinese “open attitude”, adopted in the last years, is pointing in the right direction. Fostering cooperation and cultural exchanges can help solve the problem of data transparency. This characteristic is essential to raise information efficiency, which is the base of EMT. The negative effect of continuous reforms for the Western countries is that Chinese policy-makers’ decisions strongly influence the market, and they make it unpredictable for us due to our lack of knowledge of Eastern philosophies, a condition which China is trying to fix by opening as many communication channels as possible with the West. Hence, the Belt and Road initiative is paramount to cooperation with Europe and to rise to global superpower status. China is trying to engage in this initiative a lot of European and Asian countries to increase its global influence and make its culture and history known. Italy has always wanted to cooperate with the Chinese government being an enthusiastic supporter of the Belt and Road Initiative. The linearity that the Chinese government was aiming at was halted by the Covid-19 global pandemic. It was the first time that the Chinese economy slowed down since 1992. However, this period did not stop the expansionist impulse in the market, which initially reacted negatively but then recovered, proving that operators continue to trust China’s promises. Between July and September 2020, the Chinese economy showed an increase compared to the same quarter of 2019. China was one of the first countries which had economic recovery, and it is expected to be the only G20 economy to grow in 2020. Cooperation, inclusion, and transparency should be the three key elements on which the reconstruction and economic and social resurgence of the (near) future should be based in order to make the market more efficient and to attract investors.

Data availability: Data sharing not applicable to this article as no datasets were generated or analysed during the current study.
ScienceOpen disciplines: Economic history,Economic theory,Macroeconomics,Political economics,Economics
Keywords: Chinese,History,Stock,Financial,Theory,Hypothesis,Market,Efficient,China,Belt and road